Developing Apps for iOS is 30% Cheaper than for Android: Report

Developing apps for Apple’s iOS takes less time and money, according to an app shop. After crunching data about the six projects they have completed in the past 18 months, Infinum has found that it costs the company about 30% less time to build an app for iOS than for Android (via ZDNET).

As detailed in a blog post, the same projects take 38% more code on Android than on iOS. Although the majority of the excess code is auto-generated, it still needs to be read, debugged, and maintained, which means more time.

Working hours are also a key factor for a developer when it comes to choosing a platform. After pulling information from an app they used to measure working hours, Infinum found that developers spend 28% more time working on Android apps than on iOS apps. This is the medium excess time, but it all depends on the project. Sometimes the difference can be as much as 156%. 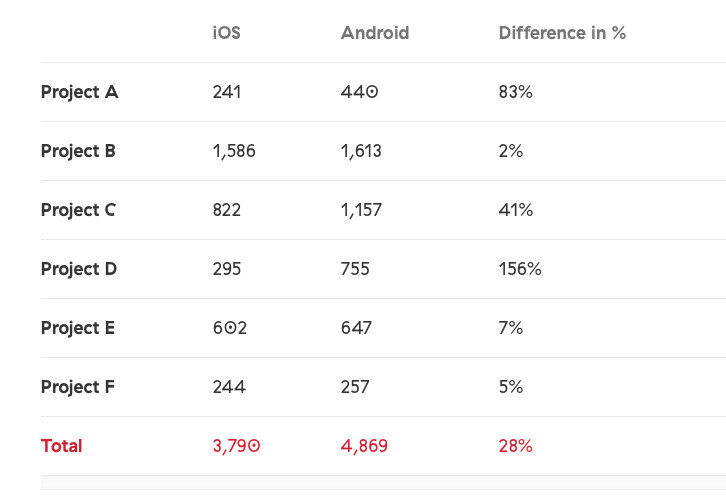 There are several factors that influence the time spent on Android apps, and Infinum lists a few: more code, Android emulators are slower than iOS simulators, device fragmentation (there are tons of reports on that one), and laying out XML, which is less efficient than the WYSIWYG approach Apple took with its developer tools.