Did Samsung Just Copy The Original iPhone Ad From 2007? [VIDEO] 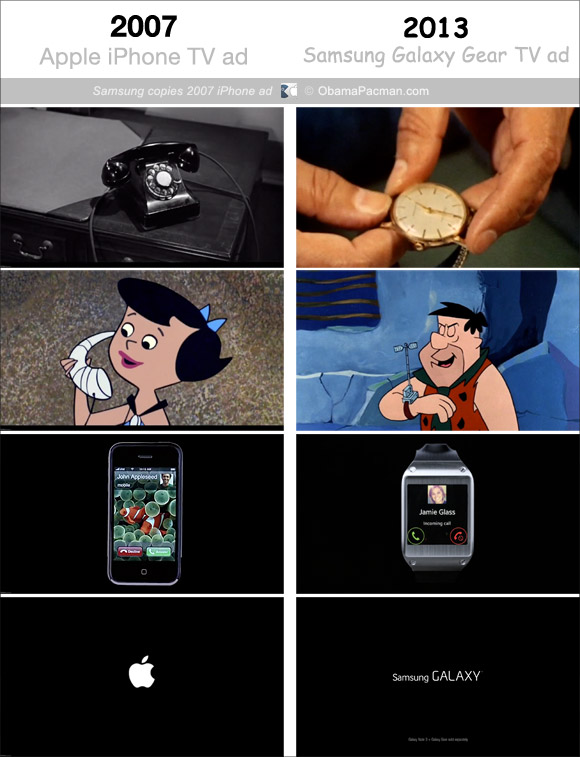 Samsung has just released a new TV ad for its recently introduced GALAXY Gear smartwatch, that attempts to walk us through a brief history of smartwatches in pop culture, from The Jetsons to the Star Trek. While the ad itself is scoring some pretty high praise, it seems that the commercial actually follows the theme of Apple’s original iPhone ad from 2007 (via ObamaPacman).

Matthew Panzarino (@panzer), senior editor of Techcrunch, noticed that Samsung is trying to pass off a copy of the original iPhone TV ad as its own:

“Finally, Samsung made a great ad that the people like. I wonder why.”

Below are the two ads, first one is the Apple’s original iPhone ad which which debuted during the Academy Awards back in 2007, and the second one is for Samsung’s GALAXY Gear: