Apple Explains How to Direct, Shoot, and Edit Looping Videos on iPhone

Apple has today shared a new video on its official YouTube channel, teaching how you can direct, shoot, and edit looping video magic on your iPhone. 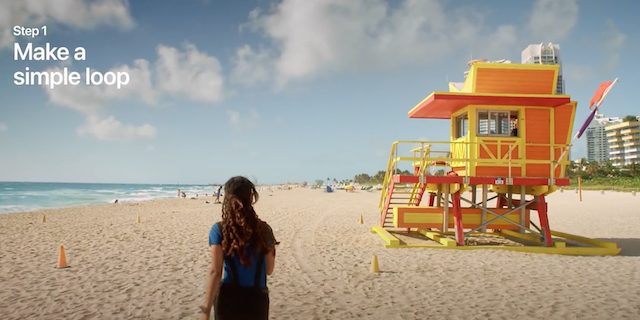 Shot with the help of director Romain Laurent and Jahmyra from Today at Apple, the video explains stepwise how you can make a simple video loop, match your movement with it, and add something unexpected to make it special.

Jahmyra also discusses her top three takeaways from the tutorial video as she explains how to export the video for sharing.

Take a look at the following video and tell u what you think.