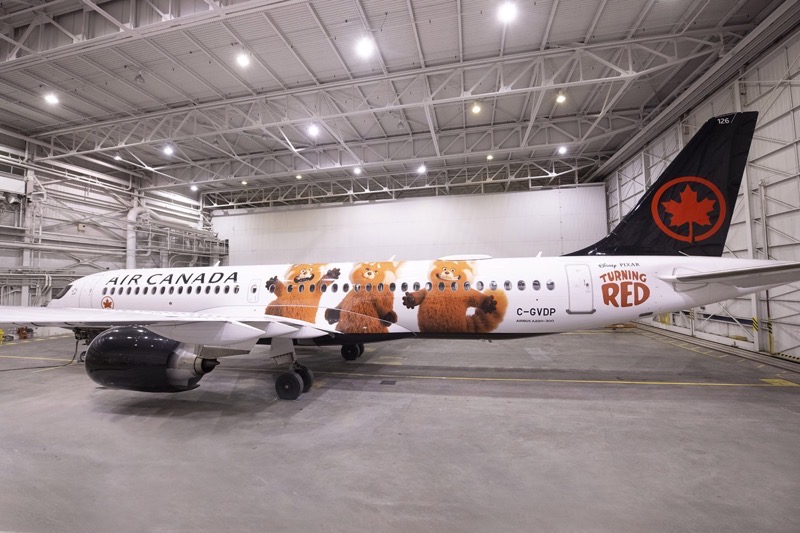 Air Canada has decked out an Airbus A220 airplane with graphics on the side to promote the upcoming Disney Pixar animated film, ‘Turning Red’, directed by Academy Award winner and Canadian Domee Shi.

“As Canada’s largest airline and the country’s flag carrier, our collaboration with Disney and Pixar for Turning Red, directed by award-winning Canadian filmmaker Domee Shi is a wonderful opportunity to showcase Canadian talent and bring the best of Canada to the world,” said Andy Shibata, Vice-President, Brand at Air Canada, in an issued statement.

“We wanted customers of all ages to be able to enjoy the special livery and be a part of the excitement around this very special Canadian moment,” added Shibata.

There’s also promotion of the film in French as well, showing ‘Alerte Rouge’ below: 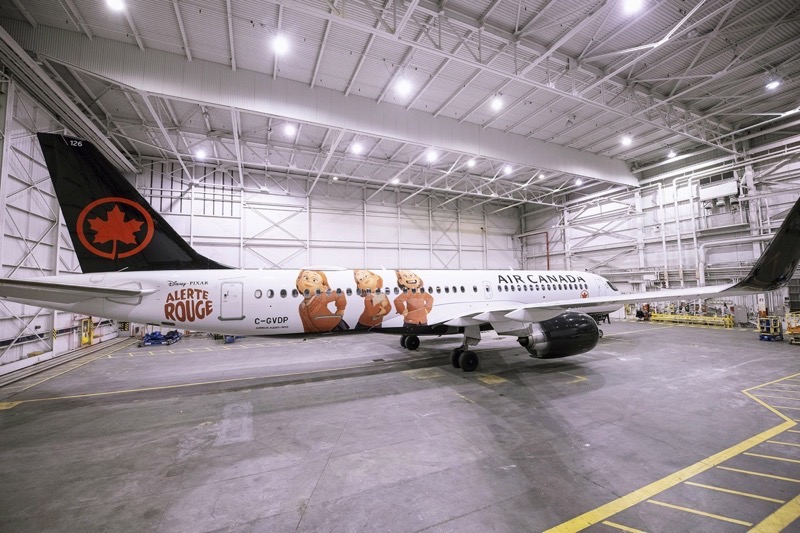 “I’m absolutely stoked about this collaboration with Air Canada,” said Domee Shi in a statement to iPhone in Canada. “I made Turning Red a love letter to Toronto and everything Canadian, and now to see the film celebrated on the airline that literally brought my family and me over from China when I was little is especially meaningful to me. I cannot wait for Canadian audiences and people around the world to see the film, and hopefully fall in love with Canada just like I have.”

Air Canada has also launched a contest starting today, offering five prize packages, each for a trip for four people to Toronto to attend the Canadian premiere special event of ‘Turning Red’ on March 8.

You can check out a video of the plane graphics coming to life below:

Air Canada says it will also bring ‘Turning Red’ aboard select airplanes to promote the film, which is set in Toronto, Ontario. ‘Turning Red’ will launch on Disney+ in Canada on March 11, 2022.