Last week, Disney’s highly-anticipated live-action remake ‘Mulan’ was made available exclusively to Disney+ subscribers as a premium access add-on. For $34.99 CAD, Disney offered users infinite access to the film as long as they retain their Disney+ subscription. 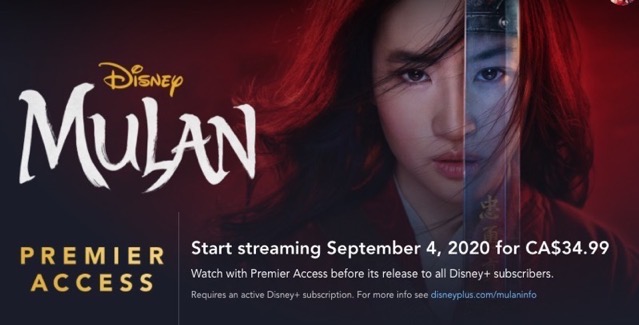 According to early Sensor Tower data, Mulan’s launch helped grow Disney+ mobile installs by 68%, compared with one week prior, even though it didn’t deliver quite as big a bump to downloads as Disney’s release of ‘Hamilton’ did (via TechCrunch).

While “Mulan” sent installs up by 68% from its release on Friday, September 4 through Sunday, September 6, “Hamilton’s” debut on July 3 led to 79% week-over-week download growth from the period of July 3 to July 5, compared with installs between June 26 to June 28.

Meanwhile, intelligence firm Apptopia estimates the Disney+ mobile app was downloaded approximately 674,000 times worldwide, with 400,000 of those from the U.S. from Friday through Sunday.

The COVID-19 pandemic has put the film industry through the wringer this year. Many other films such as Scoob! and more recently, Bill and Ted Face the Music have released through VOD.

However, Mulan was budgeted to become a major blockbuster for the company. It was originally slated to release on March 27th before being pulled for the company’s release schedule.