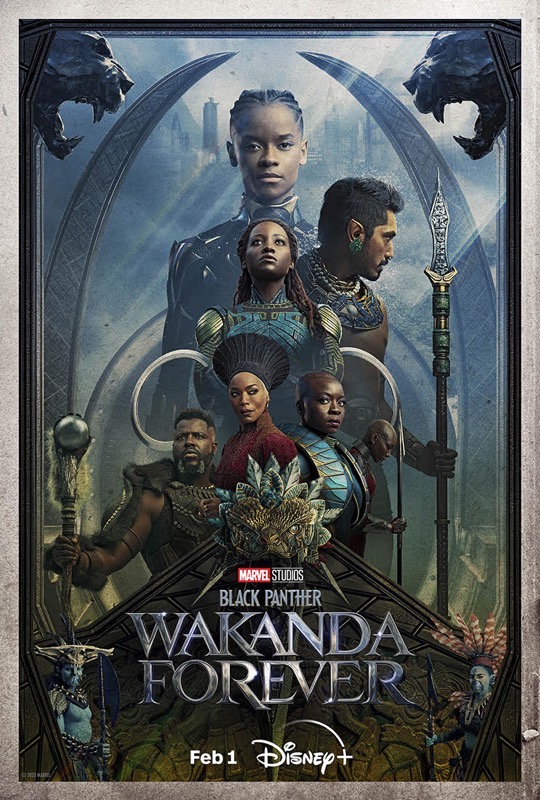 According to Disney+ on Wednesday, “Black Panther: Wakanda Forever” will join 16 other Marvel Cinematic Universe movies now streaming in IMAX Enhanced on the streaming service, offering an expanded aspect ratio for your home viewing experience.

Ahead of the streaming debut of the motion picture on Disney+, a new six-episode “Wakanda Forever: The Official Black Panther Podcast,” is now available from Proximity Media, in collaboration with Marvel Studios and Marvel Entertainment. The first episode is available now and new weekly episodes will be out starting January 18.

Black Panther 2 launched in theatres back in November and is currently still playing. The synopsis of the film is below: