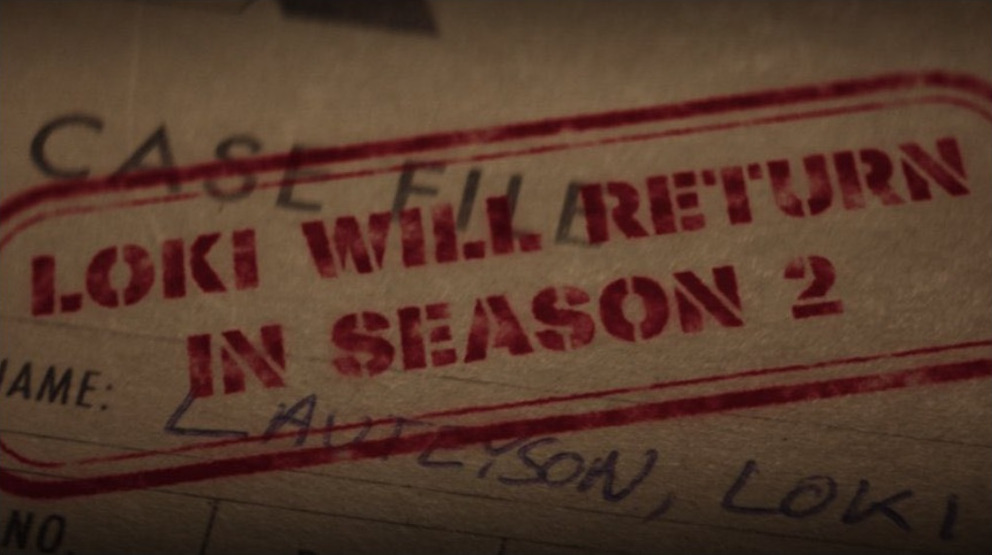 Not only did the season one finale of Marvel’s Loki hype viewers up for Doctor Strange in the Multiverse of Madness, it also let those of us who know to always wait for the post-credits scene in on a little secret: the show will return for a second season on Disney+.

After the episode ends, at around the 42 minutes and 48 seconds mark, we see Loki Laufeyson’s TVA case file stamped with the words “Loki will return in season 2”.

Starring Tom Hiddleston as Loki, the show tells the story of how even a God can sometimes feel powerless.

Loki started streaming June 9 on Disney+ and was exceptionally well-received — much like WandaVision and The Falcon and the Winter Soldier, the two Marvel x Disney+ TV shows that came before it.

How long we’ll have to wait to see the God of Mischief in action again currently remains unknown.

Marvel’s WandaVision bagged a whopping 23 Emmy nominations on Tuesday. Marvel is on quite a roll, and it has no plans of stopping anytime soon.

In addition to its upcoming Phase 4 films, the studio also has a stacked slate of Disney+ TV series in the works: What If… will start streaming in August, Hawkeye and Ms. Marvel coming up later in the year, along with She Hulk, Secret Invasion, Ironheart, Moon Knight, and a series revolving around ‘Wakanda’ later down the line.