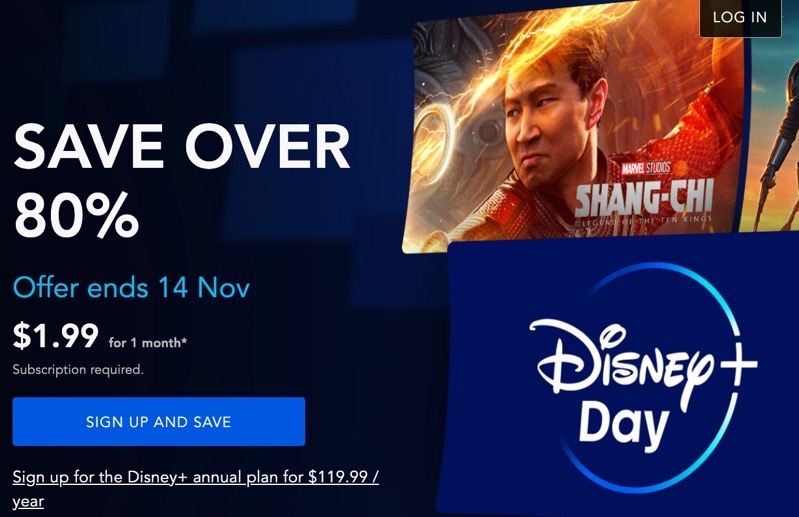 Today is Disney+ Day, marking the celebration of two years of the streaming service from Disney, which now has 118 million subscribers.

There’s a big list of originals and movies streaming today, including Jungle Cruise and Marvel Studios’ Shang-Chi and The Legend of The Ten Rings., two movies that previously required paid premier access for early viewing.

Check out the list of what’s available to stream today on Disney+ Day: 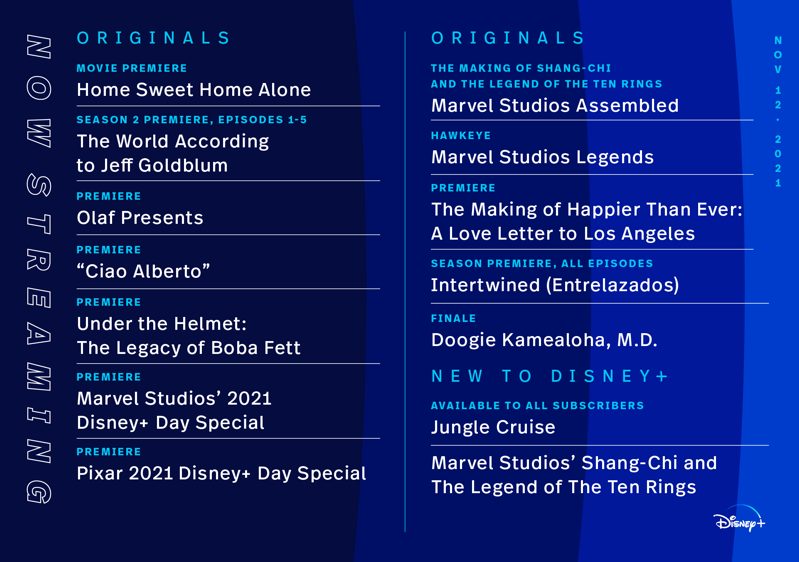 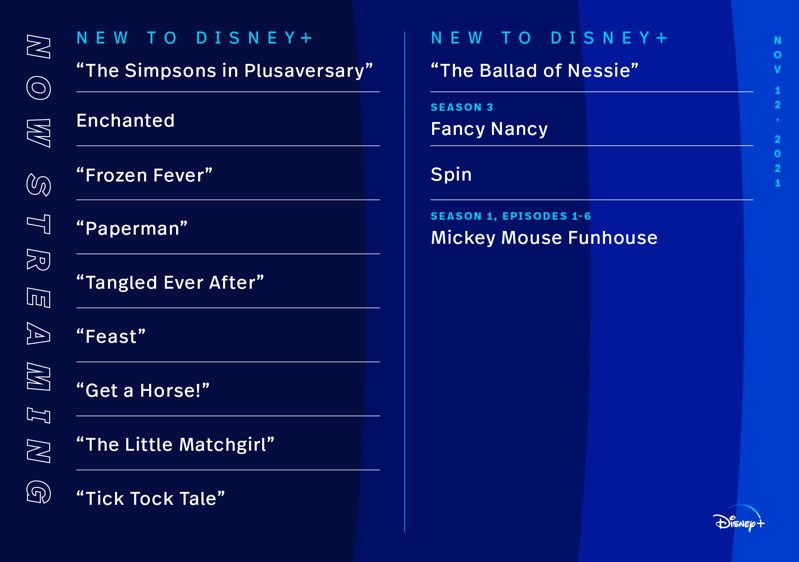 Also new today are new text-to-speech voices in TikTok, featuring some of your favourite Disney voices:

*yells in Chewbacca* 📣👂 New Text-to-Speech voices ft. some of your favorite characters are available now on @TikTok! To unlock them, discover the mystery keywords. #DisneyPlusDay pic.twitter.com/mRwzLsmod3

You can click here to sign up for 1 month of Disney+ for $1.99 CAD, only available until November 14.