As reported by Variety magazine, Disney has delayed release dates for a number of its upcoming movies, including “Doctor Strange in the Multiverse of Madness” from March 25 to May 6, “Thor: Love and Thunder” from May 6 to July 8 and “Black Panther: Wakanda Forever” from July 8 to Nov. 11. 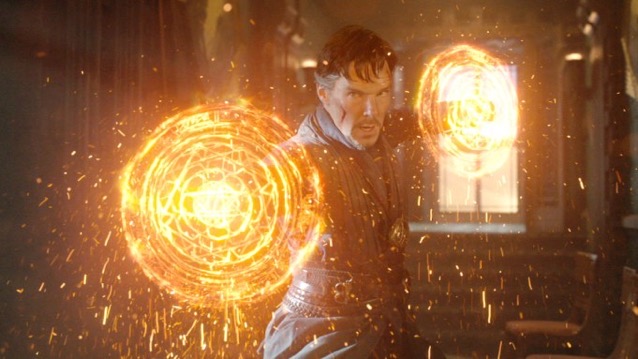 Additionally, the “Black Panther” sequel has been pushed to November, “The Marvels” has been postponed to early 2023, whereas the “Ant-Man and the Wasp: Quantumania” has been moved from Feb. 17 to July 28, 2023. Disney has also pushed the fifth “Indiana Jones” installment back nearly a year.

According to sources at Disney, the scheduling overhaul is related to production and not box office returns.

The major release date shuffle comes after Marvel’s “Shang-Chi and the Legend of the Ten Rings” cemented its place as a pandemic-era box office hit and ahead of “Eternals,” the MCU entry that is scheduled for Nov. 5.

Four untitled 2023 movies from Marvel, 20th Century and Disney’s live-action division, have been removed from the calendar, while one untitled Marvel movie has relocated from Nov. 10 to Nov. 3, 2023.

Disney has also confirmed that he movies on schedule for 2021 will play exclusively in theaters for 45 days before moving to digital platforms like Disney+.

Today, Samsung has revealed the Galaxy S23 series of devices. During its annual keynote, the company revealed details on the new flagship devices encompassing the Galaxy line. This year, Samsung is pleased to announce the Galaxy S23, Galaxy S23+, and the premium Galaxy S23 Ultra. The new series of Galaxy phones iterates on its predecessors...
Steve Vegvari
15 mins ago

Samsung’s annual Galaxy Unpacked event was held today, showcasing a new lineup of devices. Of course, while the company’s new Galaxy S23 series of smartphones were revealed, Samsung took time to reveal the new Galaxy Book3 laptops. This year sees the launch of a lineup of fresh premium PCs from Samsung. Samsung is launching four...
Steve Vegvari
16 mins ago

Last July, Tim Hortons proposed a free hot beverage and one free baked good, as a settlement in the privacy class action lawsuit involving the coffee chain’s mobile app. Fast forward to today, this free coffee and donut offer has been court approved, according to an email sent out to those involved and received by […]
Gary Ng
17 mins ago