Disney Releases Its Own ‘Disney GIF’ Keyboard App for iOS

Disney has today introduced its very own ‘Disney GIF’ custom keyboard app for iOS 8, that lets you share Disney and Pixar-themed GIFs via text messaging, emails and social networks. According to Disney, the app packs over 200 GIFs at launch while more will be added soon periodically. These GIFs include moments from Frozen, The Lion King, Tangled, Toy Story, Aladdin as well as from Pixar’s recent feature Inside Out, among others. 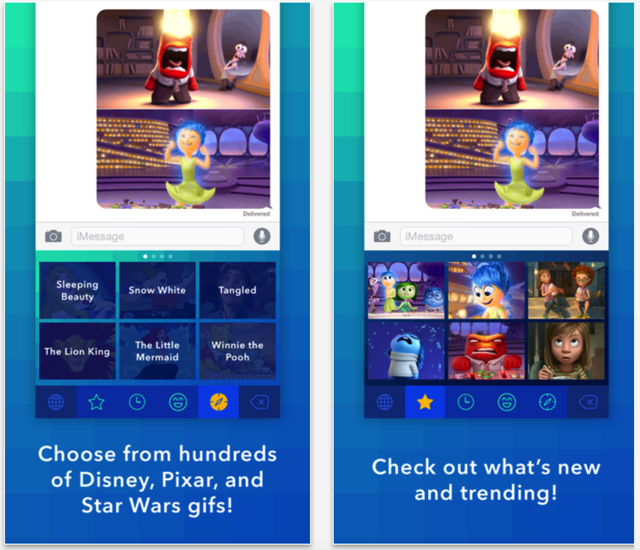 Disney says the app lets you visually express yourself in a whole new way. “Whether you’re feeling happy, sassy, villainous or magical, there’s no better way to show how you feel than with your favorite characters and moments”. Below is the app’s iTunes description:

Whatever your emotion or reaction, we have a Disney, Pixar, or Star Wars gif for that!

Explore and share gifs from some of the most loved stories, including:

…and so many more! Happy gif-ing!

You can grab the free universal iOS app at the following App Store link:

[caption id="attachment_382288" align="aligncenter" width="1920"] Image: @OnLeaks and @Smartprix[/caption] Samsung's upcoming flagship smartphone, the Galaxy S23 Ultra, has just leaked in high-resolution renders that reveal its design and more. The leaked renders come from Smartprix and known tipster @OnLeaks. Samsung is months away from actually unveiling the Galaxy S23 series, which is being developed under the...
Nehal Malik
2 mins ago

Amazon is holding a virtual event right now, announcing new devices this year ahead of the holiday season. The first announcement was the new Kindle Scribe, which is the company’s largest e-reader that now includes writing capabilities. Kindle Scribe has a 10.2-inch 300-ppi HD display that’s also front-lit, and the included pen “never needs charging.” […]
Gary Ng
40 mins ago

Apple has kicked VK, Russia's take on the social media network Facebook, off the App Store globally to comply with the latest tranche of British sanctions — reports The Guardian. VK, formerly known as VKontakte, said on its website that the mobile app would continue to work on smartphones it was already installed on. However,...
Nehal Malik
42 mins ago