Free Disney Movies Anywhere app, that lets users stream Disney, Pixar and Movie digital movies on their iOS devices, seems to bypass Apple’s store for iTunes content by allowing users to purchase new titles through Apple from within the app, without even needing to launch the iTunes Store, AppleInsider is reporting. The app also comes with a free digital copy of “The Incredibles” from Pixar. 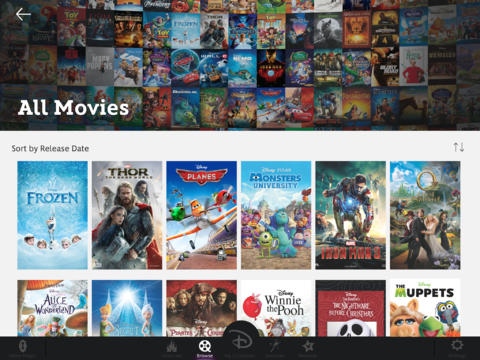 With Disney Movies Anywhere, iOS users can browse and buy from an extensive catalogue of titles offered by the Walt Disney Company. The app interestingly allows users to not only purchase, but also view their iTunes Store content without even switching to the native Videos app. All content however is still being processed through Apple, meaning the company still receives its share of all content purchased using the app.

“Users must create a Disney account upon first launching the application. Once they are signed in, it will prompt them to connect their iTunes account to sync eligible Disney and Marvel movies. Agreeing to do so launches the iTunes Store with a “Connect Accounts” prompt that users must agree to by entering their iTunes password.”

Once users download the free Disney Movies Anywhere app (currently available in US iTunes store only) and link their iTunes account, they also receive a free copy of “The Incredibles” which regularly sells for $19.99 in HD on iTunes.