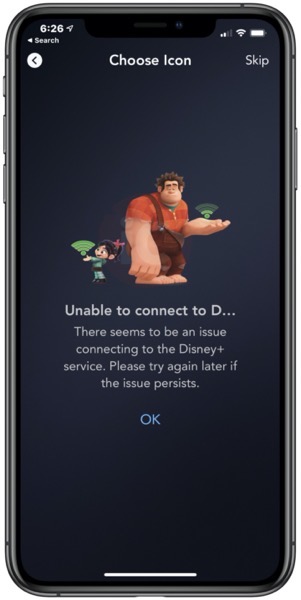 But the highly anticipated debut of Disney+ hit a roadblock this morning for some users in Canada, as the error message “Unable to connect to Disney+” showed up.

“There seems to be an issue connecting to the Disney+ service. Please try again later if the issue persists,” it reads.

For us, we were able to stream content fine, but creating a Disney+ profile was not possible as of this morning.

Disney responded on Twitter regarding the outage, saying, “The consumer demand for Disney+ has exceeded our high expectations. We are working to quickly resolve the current user issue. We appreciate your patience.”

The consumer demand for Disney+ has exceeded our high expectations. We are working to quickly resolve the current user issue. We appreciate your patience.

Is Disney+ working for you right now?