Disney+ Set to Release WandaVision in 2020 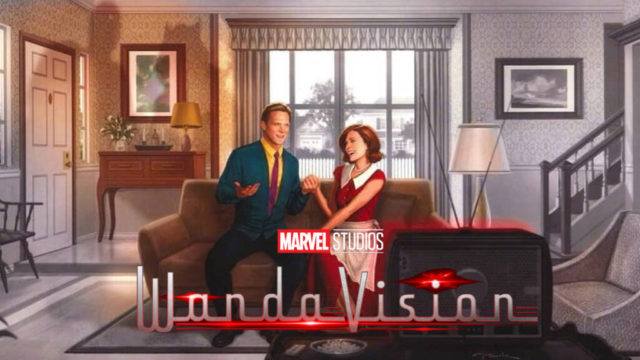 Disney has apparently tweaked the release schedule for their second MCU television show on Disney+, WanadaVision, and has now placed it into the 2020 calendar year.

If you’re a Marvel fan, 2020 is already looking to be a good year. Disney+ has put the cherry on top of it all by moving the Scarlett Witch-centric show from its original tentative 2021 release window to 2020. Disney+ revealed this via Twitter yesterday while teasing what’s to come in the new year.

The tweet read: “Is this not what 2020 vision means? From #ToyStory 4 and Aladdin to #LizzieMcGuire and WandaVision, here’s a look into our future at the blockbusters and Originals coming to #DisneyPlus this year.”

Is this not what 2020 vision means? From #ToyStory 4 and Aladdin to #LizzieMcGuire and WandaVision, here’s a look into our future at the blockbusters and Originals coming to #DisneyPlus this year. pic.twitter.com/QHGMHat89n


Disney+’s confirms that WandaVision will be the second MCU show released this year, alongside The Falcon and Winter Soldier. WandaVision will consist of six episodes and center on the Wanda Maximoff aka Scarlett Witch, played by Elizabeth Olsen and Vision, played by Paul Bettany. The show has been said to have been inspired by 1950’s era sitcoms but promises to deliver the usual Marvel epicness. It is also said that WandaVision directly leads to the upcoming ‘Doctor Strange in the Multiverse of Madness’ movie.

WandaVision is currently filming, so a release date will likely be closer to the latter half of 2020.

Citing unnamed sources and internal documents, CNBC is reporting that Google is testing new AI-powered chat products to compete with OpenAI’s ChatGPT. Google is said to be testing a ChatGPT-like chatbot called 'Apprentice Bard,’ which uses the company's LaMDA technology. The said chatbot is being tested by Google employees, who ask the bot questions and receive...
Usman Qureshi
34 mins ago

According to a report by Semafor, Microsoft's Bing search engine will incorporate a faster, richer version of ChatGPT called 'GPT-4' into its product in the coming weeks. Citing people familiar with the matter, the source says the latest update of ChatGPT software responds much faster than the current version. The sources also say that GPT-4 offers replies...
Usman Qureshi
59 mins ago