The Video Electronics Standards Association (VESA) has announced its new DisplayPort 1.4 standard, the first major update since 1.3 was released in September 2014. The new standard brings big changes, as the update aims to bring support for 8K displays (via ComputerWorld). 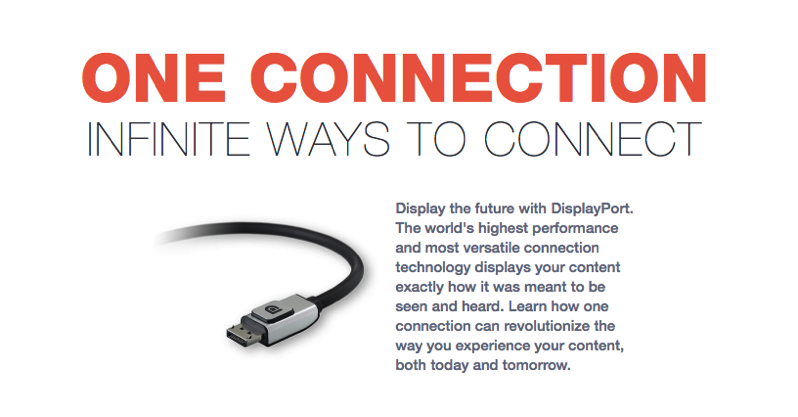 As detailed by the VESA press release, the new standard will facilitate High Dynamic Range (HDR) and 8K video across the DisplayPort or USB-C connector.

As the USB Type-C connector is becoming more and more popular, the new standard will be easy to implement on devices. Also, 4K TVs are gaining popularity, but in the coming years, they will be replaced by 8K, with the first one to retail such a TV unit being Sharp.

While transferring 4K video in real time through the USB Type-C port still represents a challenge, VESA has come up with a solution for 8K video transfer: the Display Stream Compression (DSC) technology in DisplayPort 1.4.

The technology is designed to compress video into smaller packets, easing the transmission of 8K video from a device to displays without affecting the quality.