Today, Popular commenting service Disqus has released its first ever iOS app, which allows users to track notifications relating to their comments as well as discussions from channels and websites they follow. 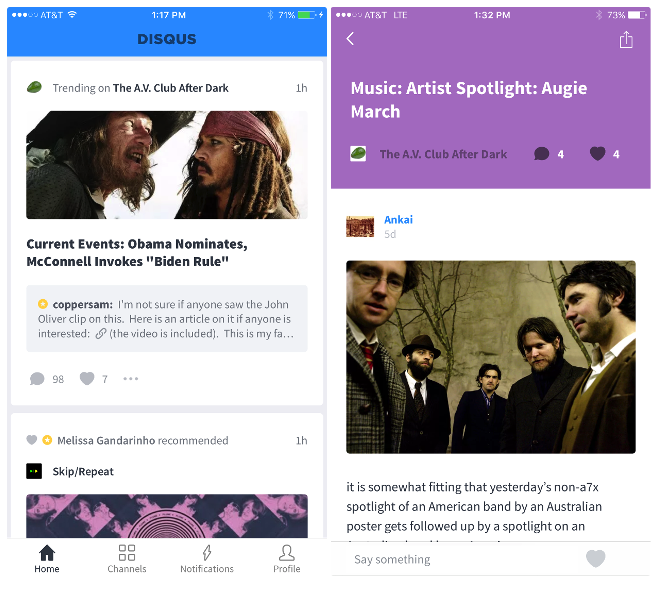 The app’s interface is simple with home, channel, notification, and profile tabs along the bottom. The home page of the app shows you a stream of trending discussions across various websites and channels you follow. Users will also see content that your followers have liked or recommended. 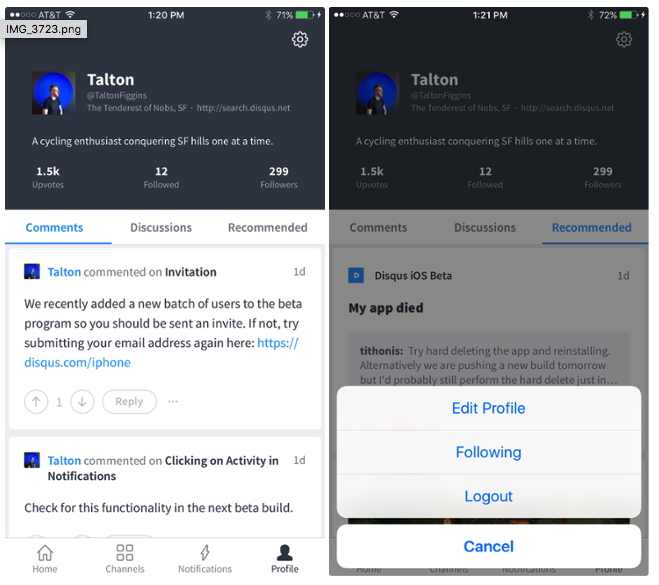 Users can then choose one of the discussions to access the original article, as well as the ability to join the conversation through the comments. 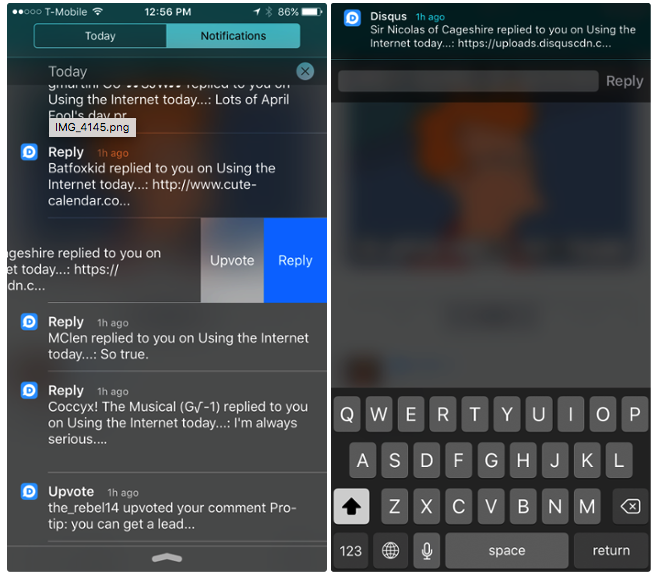 The Profile tab shows you a list of all the comments you have made, in addition to discussions that you have started and recommended content.

As you would expect, the iOS app supports push notifications, which means that you will be immediately notified when someone replies to your comments. In addition, the app allows users to upvote and reply to comments directly from Notification Center.

Disqus for iOS is available as a free download from the App Store. The app requires any device running iOS 8.0 or later.