Dissecting What a 4 Inch iPhone 5 Display Would Entail

Earlier The Verge touched on an article that discussed what has been brought up before: a 4 inch iPhone 5. The difference this time around? More detail was focused on how Apple could introduce a 4 inch display  by increasing the aspect ratio to achieve a larger display; essentially lengthening the phone but keeping it the same width:

Colin’s idea was to keep the shorter side of the iPhones screen the same, i.e. 640 pixels at 1.94 inches. With that in mind how much would the longer side need to increase so the that diagonal measurement was 4 inches. The answer, derived using simple algebraic rearrangement of Pythagorus’s theorem, 1152 pixels and 3.49 inches. That leaves the the diagonal length measuring a little over 3.99 inches, I’m sure Apple PR could round this 4. 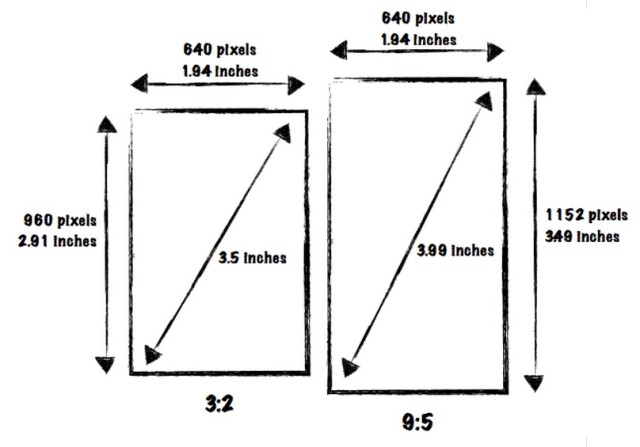 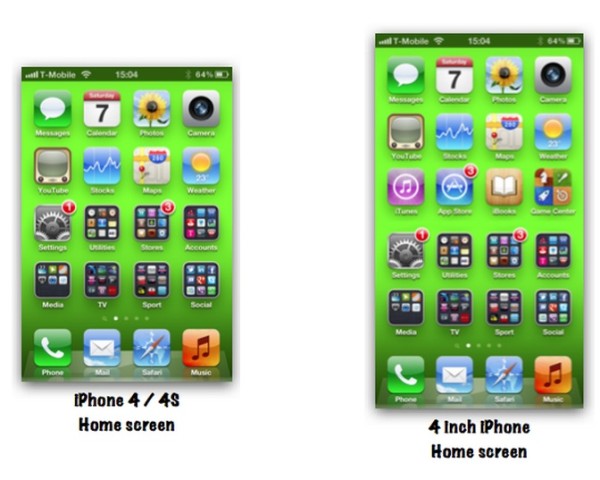 Within the article itself numerous screenshot images of mockups compare the iPhone 4S screen to this new taller 4 inch screen. Everything is looked at from apps, the phone app, messages, Safari, maps, and numerous popular apps such as Twitter and Doodle Jump.

John Gruber from Daring Fireball believes the user ‘Colin’ wasn’t merely guessing or speculating. The problem with a larger display height-wise is being able to reach all areas of the screen with one-handed operation. This was previously touched on before when the iPhone screen was compared to that of the 4.2″ Samsung Galaxy S II. 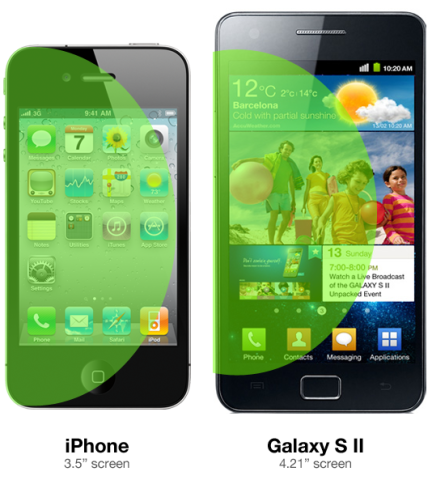 Matthew Panzarino over at TNW also adds some doubt about the usability of a taller iPhone. What do you think? Would Apple ever consider such a move to increase the screen by bumping the aspect ratio?