Distracted Driving in Canada Led By Need to Communicate for Family Obligations: Study

Distracted driving remains a problem in Canada and The Travelers Institute has released new data today from a recent study, attempting to shed more light on the issue.

New survey results were shared today as part of the Every Second Matters symposium series, which launched today to educate Canadians about safety behind the wheel. The education campaign is a partnership between the Economic Club of Canada, the National Safety Council, the Road to Zero Coalition and the Insurance Brokers Association of Ontario.

The education campaign includes the results of a new survey conducted by The Harris Poll of over 900 Canadian drivers, detailing some reasons why people continue to use their phones while driving.

The poll conducted 37% of Canadian drivers use a mobile device to communicate while driving, with the top reasons cited as follows:

“The findings suggest that drivers are feeling the pressures of our increasingly connected world, and high awareness of the law does not necessarily translate to prudent behaviours behind the wheel,” said Jordan Solway, Group General Counsel and Vice President of Claim at Travelers Canada, in a statement. “Through the Travelers Institute and the Every Second Matters campaign, we hope to introduce a sense of urgency for drivers to set their phones and other distractions aside to help make our roads safer.” 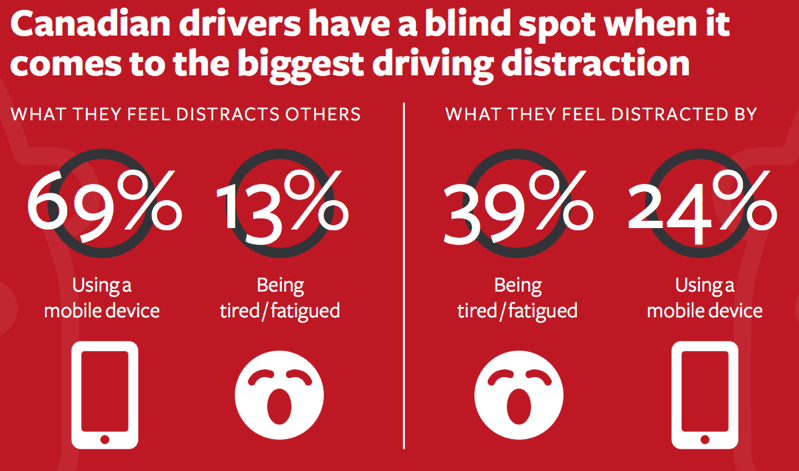 “There is a clear disconnect between how people perceive the dangers of distracted driving overall and their own driving behaviours,” said panelist Pamela Fuselli, Vice President, Knowledge Transfer and Stakeholder Relations, at Parachute, Canada’s national charity dedicated to injury prevention.

Call of Duty: Warzone Mobile may receive a regional launch. Apparently, the mobile-only spin-off of Activision Blizzard's hit battle royale is now available to install on Google Play in Australia. Earlier this month, Call of Duty: Warzone Mobile became available to preregister on the App Store as well as the Google Play Store. At the time,...
Steve Vegvari
30 mins ago