If you’re looking for a hot price on a quadcopter, you better jump on this quick. Staples.ca has the DJI Phantom 3 Standard available for $229.99 right now: 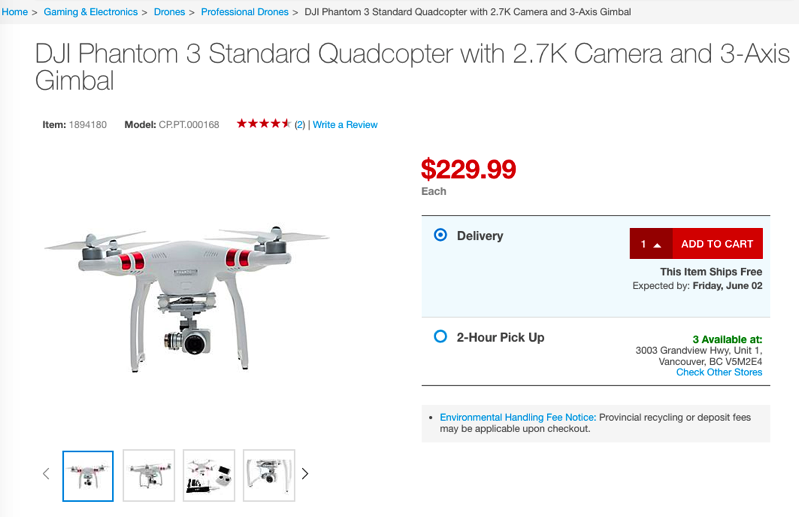 The DJI Phantom 3 can be used with the DJI GO iOS app, which allows users to see live HD video, change camera controls and settings, plus more. It features 2.7K video and 12MP stills, with its 3-axis stabilized camera and can fly for up to 25 minutes.

Let us know if you’re going to jump on this. Users have been able to add to cart and check out successfully.