Drone maker DJI announced their new Phantom 4 Camera Drone today, and it’s available exclusively from Apple, currently listed on Apple.ca as a pre-order for $2,029.95 CAD (ouch; in the U.S. it’s $1399.95), available in 1-2 weeks. The drone will hit Apple Stores on March 15th, while other retailers will get it on March 23rd (via Re/code). 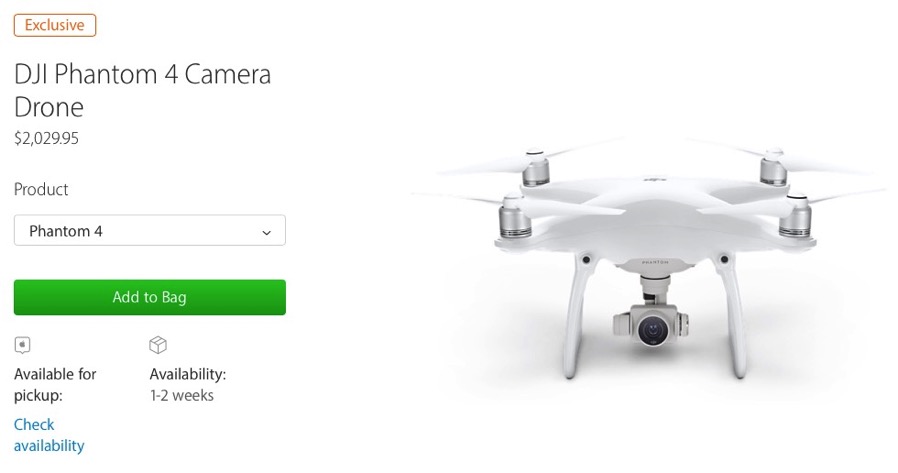 The model has new features like two new front facing optical sensors to avoid obstacles, has a new TapFly mode which allows quick flying in a direction by tapping the screen of your iOS device, visual tracking to follow you around at up to 72km/hr (45mph), it can shoot 4K video at 30fps, 1080p video at 120fps and take 12MP images, plus flight time of “over 28 minutes”.

The lower Canadian dollar is not helping the price of new electronics here. If you have some spare change lying around, time to pick one of these up, right?