The D-Link Omna 180 Cam HD was first announced at CES earlier this year, known as the first HomeKit supported security camera. We reviewed the Omna 180 Cam HD and noted it did reasonable well as a camera with push notifications, but it was fairly expensive in Canada at $269.95 CAD. 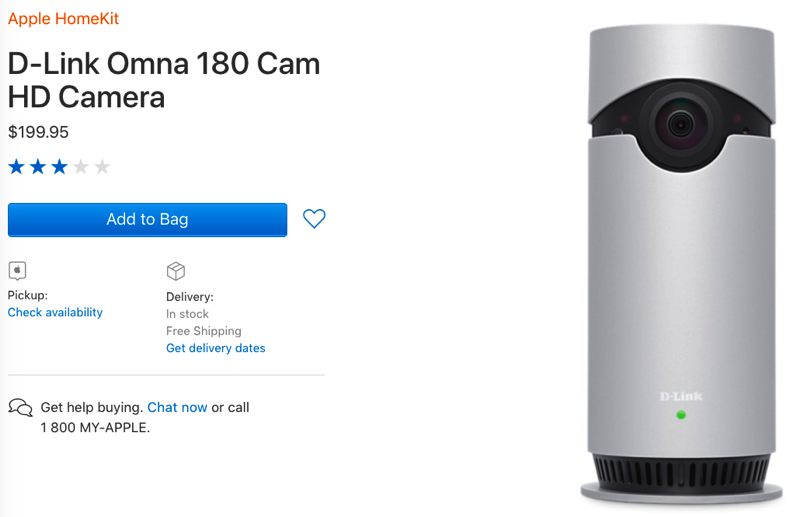 This price drop now makes the Omna 180 Cam HD cheaper than the Canary All-in-One ($249.99) and Nest Cam ($236.05). I’ve been using the Canary and despite its lack of HomeKit support, the software features offer more than the Omna app and picture quality is clearer.

If you’ve been waiting to jump on a HomeKit camera, the D-Link Omna 180 Cam HD price drop probably just made things more interesting.