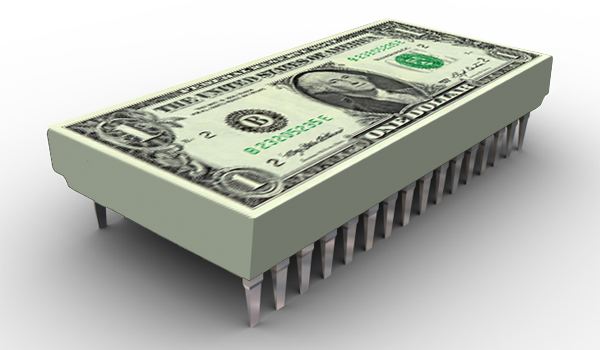 Before you commit to that big iPhone upgrade, you may want to consider what happens when you’re withered, old, and gray.

Or so says Scott Hannah, the executive director of Credit Counselling Society, a Vancouver-based firm. He is asking Canadians the question: are we spending too much of our income on technology? Spending that is cutting into savings for other things, including retirement?

According to Statistics Canada, the average household spent an average of $1,731 on “communications” in 2010, a term that includes things like mobile phones, Internet access, and cloud services. That amount accounts for almost 2.5% of average household expenditures.

This also does not include the other $431 average expenditure on “home entertainment”, which includes the cable bill amongst other things (Yep, that Breaking Bad addiction can really cost you!).

Mr. Hannah implores Canadians to analyze what they are spending on technology, and see if it lines up with the rest of society. “You have to decide if it’s a want or if it’s a need,” says Hannah. In other words, yes the iPhone 5 is amazingly cool, but is it really worth the upgrade from an iPhone 4S?

This is a plight that many of us Apple geeks face each time that upgrades to our beloved iDevices are released. (Or Android devices, or whatever floats your tech boat.) Of course we want the new iMac, but do we really need it? Oh how can we solve this conundrum? (I know, First World problems!)

Benjamin Tal, deputy chief economist at CIBC, may be able to help. He asks us to consider the “return” on the investment for the latest gadgets we purchase. What additional value will upgrading to an iPhone 5 bring to our lives? “Are we adding anything or just doing it differently?”, Tal asks.

Logically, this makes total sense of course. But it doesn’t negate the fact that for some, investing in the latest tech trends brings much joy!

Tony Olvet, VP of Research at market intelligence firm IDC Canada, also offered some input. He says Canadians just need to be smarter about what products and services they pick up. Saving money in some areas leaves more spending money for other areas.

As an example – do you really need to subscribe to Netflix, and pay for all the premium cable channels? Or can one of the two suffice? Ditch HBO, and be able to afford a Retina display iPad!

Here’s an alternate suggestion: do you really need to wear clean underwear all the time? Or is that just a suggestion? Think of all the money you could save, by only owning one pair of boxer-briefs!

Mr. Olvet also provides some alarming figures: His group’s estimate for 2012 is that Canadians will spend $11.4-billion on wireless service, $4.7-billion on Internet, $5.1-billion on home phone/VoIP and $9.1-billion on pay TV like cable and satellite. That’s a lot of billions.

Of course, if  one owns a business, one can naturally expect their technology expenses to be significantly higher. This can include things that provide “insurance” against loss of data, such as cloud-based storage services.

So in conclusion, I think the lesson is simple: spend smarter. First determine what you need in life (and yes, this includes retirement savings, as boring as that may sound.) After that, figure out what you want the most and spend accordingly. You cant have everything! (Unless you’re a young billionaire like Mark Zuckerberg.)

For what it’s worth, personally I feel that if I need to be a bit frugal in certain areas, in order to support my technology addiction, it’s totally worth it!

I’m also banking on my theory that one day technology will solve all the world’s financial woes! Need a money tree? There’s an app for that.