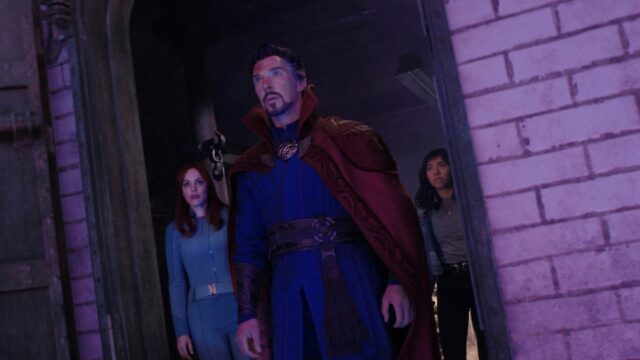 As the MCU continues to unpack the concepts of the multiverse, Doctor Strange must face new looming threats. The titular hero teams up with young American Chavez, who is able to travel the multiverse. Together, they travel across other universes and fight multiple threats in order to maintain order and save the multiverse.

The film sees famed director Sam Raimi return to helm a superhero project after his Spider-Man trilogy in the 2000s. Alongside Cumberbatch and Olsen, Doctor Strange in the Multiverse of Madness stars Benedict Wong as Wong, Chiwetel Ejiofor as Baron Mordo, Xochitl Gomez as America Chavez, and Rachel McAdams as Dr. Christine Palmer.

Doctor Strange in the Multiverse of Madness is the latest entry in the MCU to find its way to Disney+. Though, it’s not alone. Currently, Disney+ is airing Ms. Marvel each week. On the theatrical side, Thor: Love and Thunder is making its way to cinemas on July 7th in Canada.