Many Apple TV+ subscribers have taken to the internet to vent their frustrations on the lack of accessible Dolby Vision HDR content on Apple TV 4K devices. 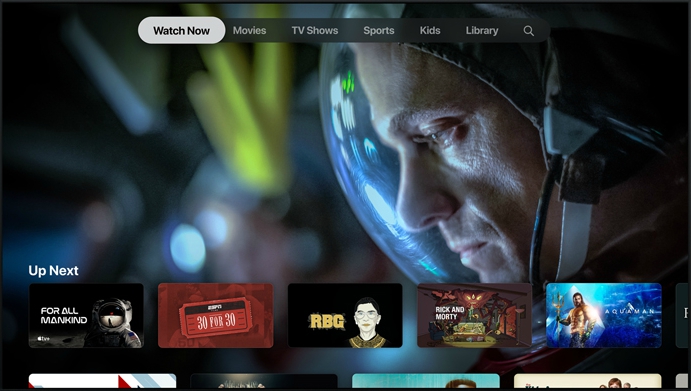 As noted by MacRumors, some users are reporting that newer episodes of shows such as the Apple TV+ originals See, The Morning Show, and For All Mankind have been reverting to static HDR10 format. Reports indicate content which used to play in Dolby Vision—as indicated by the support label—has also been reverting the less superior format.

This issue does not seem like it’s come to a boil overnight. Over on Reddit, u/LtRoyalShrimp wrote: “All episodes so far of apple originals have played in Dolby Vision, but episode 5 of See and For All Mankind are playing in HDR10. Is anyone else experiencing this?” To which more than 30 other users chimed in with their own experiences. LtRoyalShrimp opened this thread 20 days ago.

OK. I dunno what’s up with Apple TV+ shows not streaming in Dolby Vision, but I’m seeing it, too, on an Apple TV 4K box. But here’s the weird thing. Shows SD in one place and 4K in another. pic.twitter.com/5xVYk9jNqq

Dolby Vision is an improved format of HDR, dynamically adapting the colour gamut and contrast between each scene on Dolby Vision-enabled TVs. A reversion to static HDR10 will still produce a high level of detail in the colour spectrum, but the end result is flatter as HDR10 is unable to adapt when lighting effects and colour brightness changes between scenes.

Luckily, it seems that the Dolby Vision HDR issue is not widespread. The unfortunate state of the situation is that Apple has not released a statement or a solution to those affected.