Donald Trump, the American businessman who is the chairman and president of The Trump Organization and the founder of Trump Entertainment Resorts, has voiced his concerns over Apple’s lack of “vision” and “momentum” on Twitter today, stressing that the Cupertino company needs to introduce an iPhone with a larger display like the ones offered by its competitors like Samsung, as soon as possible, BusinessInsider reports. 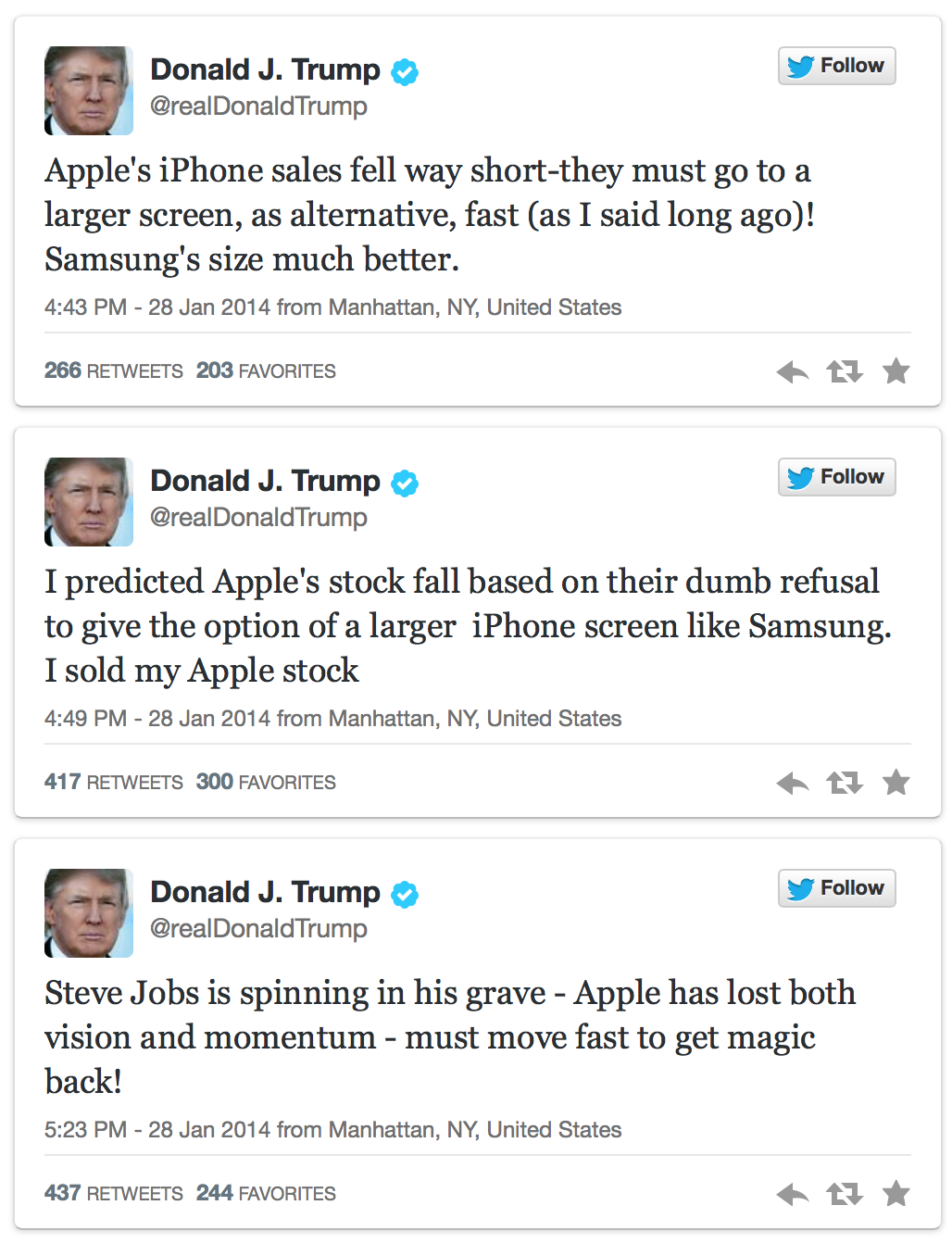 Trump says he dumped his Apple stock because it lacks the larger-screen option and that the company is lacking vision. Apple’s stock dropped almost 8% in after-hours trading, mainly because its iPhone sales missed expectations by a few million units. The company reported 51 million units sold, up 6.7% from the same quarter last year, but it was expected to sell between 54 and 57 million iPhones. Nonetheless, Apple, as a hardware manufacturer, is still blowing it out of the water with $13.1 billion in profit in one quarter.

As noted by TechCrunch:

It must be pointed out that Donald Trump is the same guy who failed at 19 businesses in almost as many years, many of which have been given debt relief on the grounds that Trump can no longer be in charge of running them.

Apple has recently ramped up efforts to diversify its supply chain and production capacity beyond China in the wake of geopolitical tensions between Washington and Beijing, COVID-19 slowdowns at Chinese factories, and more. However, undoing its reliance on China is going to be a long and hard road for the Cupertino, California-based company. According to...
Nehal Malik
35 mins ago