You Can Now Make Donations to Non-Profits Using Apple Pay

Just ahead of the holidays, Apple has announced that Apple Pay can now be used to make donations to non-profits in the U.S., including both Apple Pay on the web as well as within mobile applications, TechCrunch is reporting. The move should help participating non-profits in raising funds during this time of increased charitable giving. 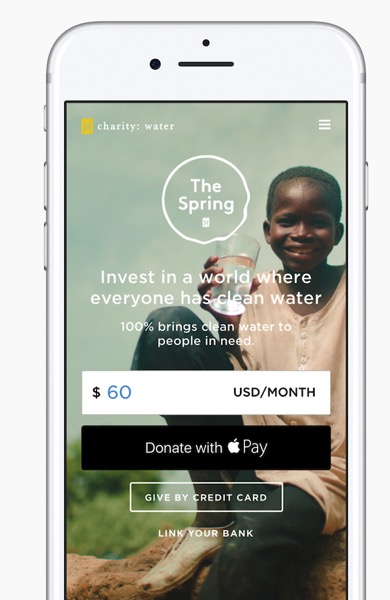 Previously, Apple has been banning iOS apps from collecting funds for charities or fundraisers using Apple Pay. But now, app developers can integrate “donate” buttons right in their iPhone and iPad applications, and process the transactions through Apple’s mobile payments service. On iOS devices, users can use TouchID while on the web, users click the Apple Pay donate button in Safari, and then confirm their payment via their iPhone or Apple Watch.

Already, online stores supporting Apple Pay on the web have seen an increase in checkout conversion rate of up to 2x on mobile, and customers are able to checkout up to 60% faster with Apple Pay, according to figures from Shopify. The reason that the payments system works well is because it allows customers to use their contact and billing information they already have on file, which saves time over having to manually fill out forms at checkout.

A large number of U.S. non-profits are launching with Apple Pay, including the following: