DoorDash Launches in Montreal with Free Delivery Promo for 30 Days 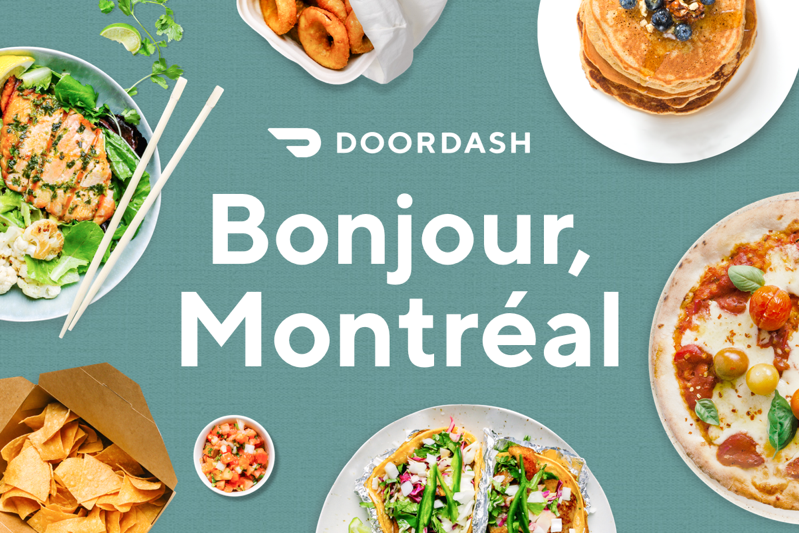 On-demand food delivery service, DoorDash, has announced it has launched in Montreal today, its first entry in Quebec and also its first predominantly French-speaking market.

The company says over 750,000 residents in the following 10 boroughs will have access to DoorDash from 11am-10pm, seven days a week:

DoorDash says they have added over 300 restaurants to its service, including local favourites such as Boustan, Cacao 70, Mon Ami, Notre-Boeuf-de-Grâce, Abe & Mary’s, Poulet Rouge and Foodtastic Brands.

A new promotion for the first 25 days of service, titled, “Dînez pour Gagner”, will let customers be automatically entered to win daily and weekly prizes.

Daily prizes come in the form of DoorDash credits from $5-$100, while major weekly prizes include a pair of NHL tickets to a Montreal Canadiens home opener on October 10; $1,000 airfare credit; and $1,000 DoorDash credits.

During this launch period, DoorDash says there will be $0 delivery fees for all orders over $10 for the first 30 days.

DoorDash has also opened a corporate office at Place Ville-Marie and a Dasher onboarding office in Ville Saint-Laurent.

“As we continue to grow in Canada, it’s a priority for us to invest in and empower the local communities we serve. We are on track to expand our footprint to more than 100 cities in Canada by the end of the year, and look forward to building strong relationships with Canada’s diverse customer base,” added Seals.

DoorDash currently operates in 78 Canadian cities—you can click here to sign up and get $7 off your first order of $10 or more.