Just yesterday, Apple pushed out a Java update (via OS X Lion Software Update) to remove the Flashback malware from Macs running OS X Snow Leopard and OS X Lion and now, a new standalone Flashback malware removal tool version 1.0 has been released to allow the trojan’s removal from non-Java systems as well. The tool is based on the same code as yesterday’s software update and plugs a security hole which allows the malware to automatically install itself without admin authorization.

If the Flashback malware is found, a dialog will be presented notifying the user that malware was removed.

This update is recommended for all OS X Lion users without Java installed.

See http://support.apple.com/kb/HT5246 for more details about this update. 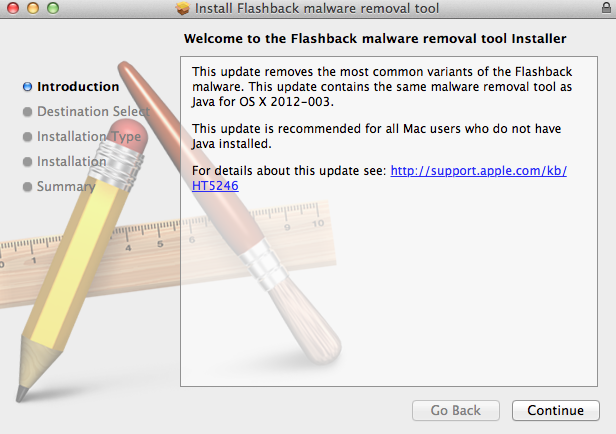 The official Flashback removal tool (356KB) can be downloaded at the following link: