Astropad Mini for iOS Goes Free in the App Store

Astropad Mini, an app that transforms your iOS device into a professional graphics tablet for your Mac by pairing your iPhone’s touch display, so you can naturally draw and retouch directly into in your favorite creative tools like Photoshop, Lightroom and more, has just gone free in the App Store. In addition, the app’s latest update brings full 3D Touch support for iPhone 6s / 6s Plus, giving users the ability of pressure sensitive drawing using their fingers. 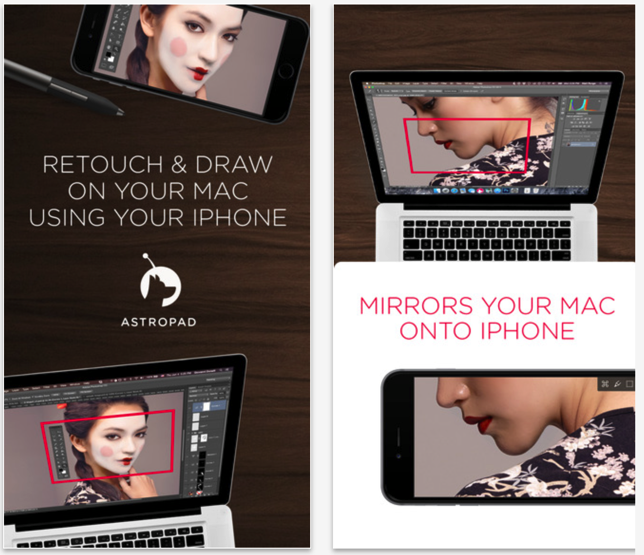 Instead of struggling with your mouse, you can simply use the Astropad Mini app to directly edit your photos on your Mac with ease. Use your iPhone as a portable graphics tablet for your favorite Mac photography tools. Whether you are a professional photographer or a hobbyist, Astropad Mini offers the most powerful and seamless way to photo edit with your Mac. It practically gives you the high-end experience of a Wacom tablet for free.

Below is a list of features offered by Astropad Mini:

The app requires a Mac companion app which is also available for free at http://astropad.com.