Based on the classic 1981 Atari hit of the same name, ‘Haunted House’ for iOS is the re-imagined update filled with non-stop thrills and chills. The game offers spooky new gameplay, where players land themselves in a scary place and must run, jump, and outmaneuver treacherous traps hidden throughout a creepy mansion and graveyard. The universal iOS game, optimized for iPhone and iPad, is now available as a free download in the App Store. 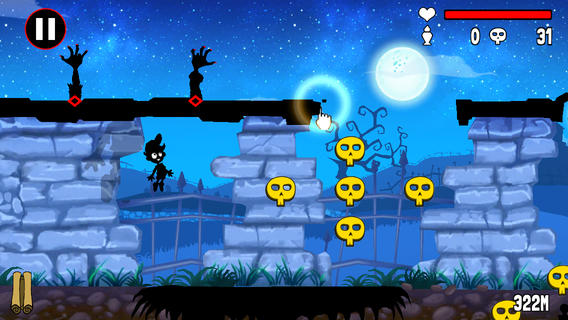 Developed by Kung Fu Factory, the team behind the popular iOS game Teenage Mutant Ninja Turtles: Rooftop Run, Haunted House is filled with creepy fun. Entering the endless runner app, players are instantly dropped into the shoes of a boy who becomes lost in a scary place. To help him find his way home, players must protect and clear a path for him as he runs and jumps through traps.

“From enthusiasts of the original Haunted House® to today’s on-the-go mobile gamers, players of all ages and generations are in for a completely new and fun gameplay experience,” said Fred Chesnais, Chief Executive Officer, Atari, Inc. “As we look to celebrate and refresh classic titles like Haunted House® and RollerCoaster Tycoon®, we will continue to extend fan-favorites to new PC, digital, social and mobile versions, as well as expand the Atari brand to online gambling and other gaming platforms.”

Check out the official trailer of Haunted House for iPhone, iPad and iPod touch: