Square Enix has today announced it is bringing the original Final Fantasy games to iOS, Android and to Steam as the ultimate 2D pixel remasters. The series will comprise Final Fantasy I through Final Fantasy VI, with each game releasing individually. 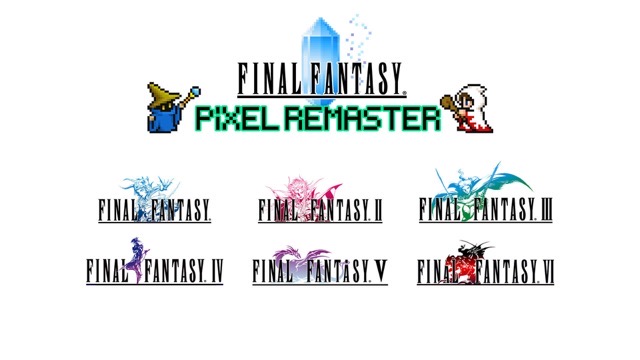 “For long-term fans that will be hugely exciting news – a chance to revisit some of their most beloved RPGs of all time in a way that perfectly captures the spirit of those original game.

But if anything, we’re even more excited for new fans who’ll get to experience them for the very first time.”

Square Enix has not yet announced when the Final Fantasy Pixel Remaster series will be available for download in the App Store and Google Play but we can expect an update regarding the exact release date very soon.

In the meantime, check out the E3 teaser of the Final Fantasy Pixel Remaster below.