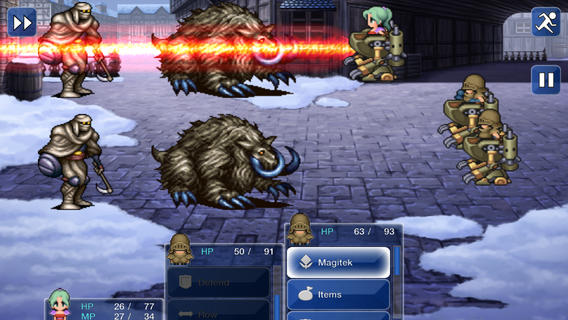 The story is based upon a young girl named Terra whom the evil Empire has kept enslaved in an effort to harness her power as weapon. This leads to a fateful meeting between Terra and a young man named Locke. Their harrowing escape from the Empire’s clutches sets in motion a series of events that touches countless lives and leads to one inevitable conclusion.

Below are the game’s main features:

Square Enix has previously said that the Final Fantasy series won’t necessarily end with VI, noting that if this Legacy project works out well, they would surely be able to work with Square Enix VII for iOS.