Firefox for iOS Public Preview is Now Available for Download 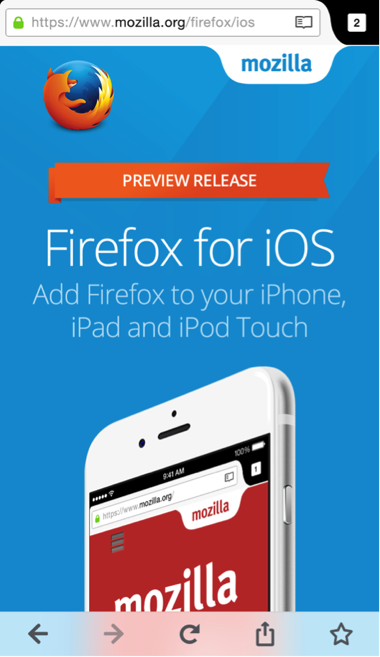 Mozilla has just announced on its official blog that the first public preview version of Firefox browser for iOS is now rolling out, starting with New Zealand, where it can be downloaded through the App Store for free. Mozilla notes that feedback from this preview release will help them build new features as they bring Firefox for iOS to the App Store in rest of the world later this year.

“Our goal is to create a great browsing experience for iOS with Firefox. With this first public preview we will be collecting feedback in one country, before we extend availability to get feedback in a few more countries prior to a full public launch”.

Firefox for iOS preview release features Intelligent Search, which provides suggested search results and the choice of search providers. It also features Visual Tabs that offer an intuitive way to keep track of your open tabs. And with Firefox Accounts, users can take their Firefox browser history, passwords and tabs from their desktop to their iOS devices. Below are some screenshots from the preview: 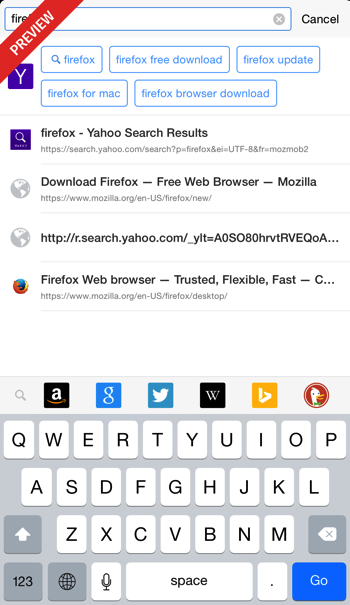 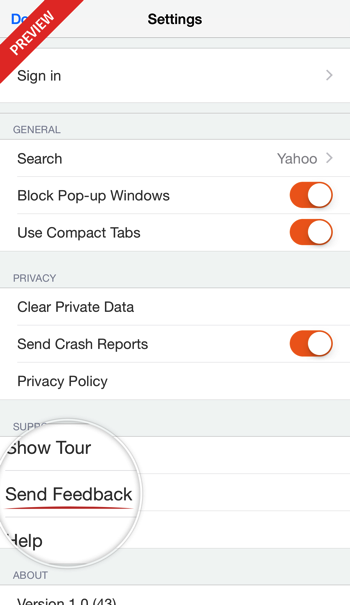 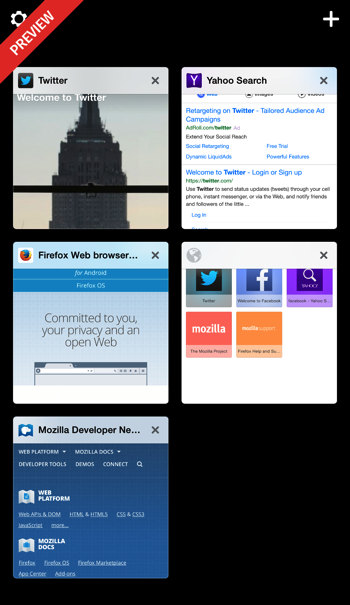 If you are interested in being notified when Firefox is available in your country, sign up here.