Epic Games has today officially announced the release of its smash hit game Fortnite for the Nintendo Switch, which is available now as a free download (via The Verge). The world’s most popular game is already available for PC, PS4, Xbox One and iOS, whereas an Android version of Fortnite is expected to release later this year as well. 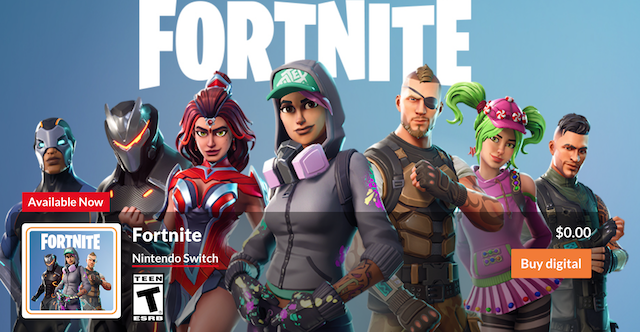 According to the developer, Fortnite for the Switch will not include any Nintendo-specific content unlike some other online games such as Rocket League. It will however support voice chat through the headphone jack.

Furthermore, there is no cross-play possible with Fortnite gamers on the PS4 as Sony is blocking other console platforms from playing with its own, although the feature is supported with Fortnite players on Xbox One, PC, Mac, and iOS.

Jump in to be the last one standing in the free 100-player Battle Royale. Build huge forts. Outwit your opponents. Earn your Victory. Squad up together online with friends in the same room or around the world!