Last month, Google announced its Stadia streaming gaming platform priced at $11.99 CAD per month in Canada for the Pro version, as well as a free version coming in 2020. With the service set to launch on November 19, 2019, in Canada and beyond, an official Google Stadia app for iOS has just hit the App Store (via 9to5Google). 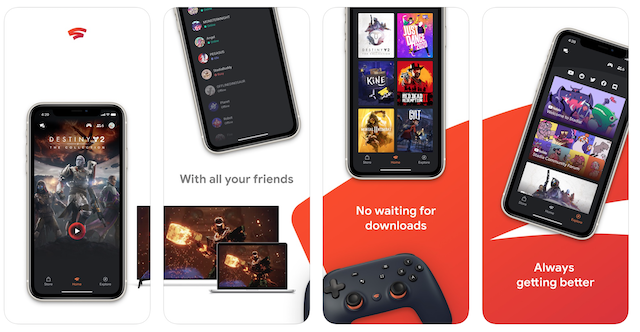 Instead of allowing users to play games, the Google Stadia iPhone app has been designed to let users manage their games library on the go, especially coming in handy for users playing games on a Chromecast.

Currently, only the users who get their Stadia invite code alongside a Founder’s or Premiere Edition kit can unlock the Stadia app for iPhone:


For the time being, playing Stadia games on smartphones is limited only to Google’s own Pixel smartphones. Specifically, Pixel 2, 3, 3a, and Pixel 4 as well. It’s expected that Stadia will eventually work on other devices, but we don’t know if that will include the iPhone or iPad anytime soon though this app.

Google says it wants users to be able to play Stadia with just a controller and a screen, making for easy access to the online gaming service.