Developed by The Chinese Room and published by Sumo Digital, Apple Arcade’s new game titled ‘Little Orpheus’ is an interesting addition to the growing catalog of over 100 games offered as part of Apple’s gaming subscription service, which costs $5.99 CAD per month in Canada. 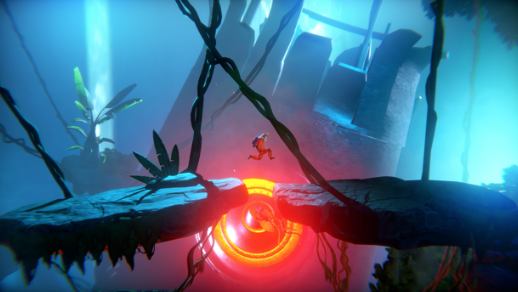 The game takes us back to 1962 where NASA is trying to put a man on the moon. In a remote corner of Siberia, a Soviet cosmonaut is heading in the other direction. When comrade Ivan Ivanovich is dropped into an extinct volcano in his exploration capsule, Little Orpheus, to explore the centre of the earth, he promptly vanishes.

Three years later, he emerges claiming to have saved the world, although he is found to have lost the atomic bomb powering the Little Orpheus.

“Join our bold yet hapless hero as he explores lost civilizations, undersea kingdoms, prehistoric jungles and lands beyond imagination. Gasp as he battles the subhuman tribe of the Menkv and escapes the clutches of dreadful monsters! Cheer as he triumphs over impossible odds and brings socialism to the subterranean worlds!

If you’re a fan of old school family blockbusters and want a rollercoaster story that’ll take you to the Earth’s core and beyond, be sure to give Little Orpheus a try on Apple Arcade.

While Sony is yet to officially announce its selection of free games coming to PlayStation Plus subscribers in December, the lineup appears to have already leaked. According to the leakers at Deallabs, who have a 100% accurate record of sharing early PlayStation game leaks, Mass Effect Legendary Edition, Biomutant, and Divine Knockout are coming to PlayStation...
Usman Qureshi
2 mins ago

In celebration of Computer Science Education Week, Apple is introducing a new Today at Apple session, Coding Lab for Kids: Code Your First App, at Apple Store locations around the world beginning December 5. For those who aren’t familiar, the Today at Apple program offers free, daily in-store sessions that assist customers in unleashing their...
Usman Qureshi
16 mins ago