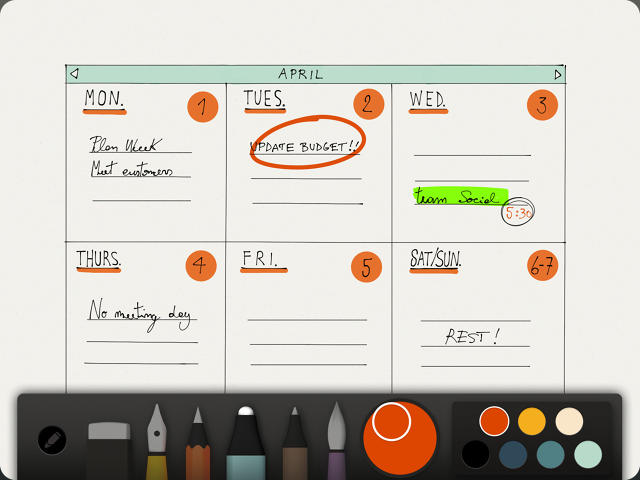 Paper by FiftyThree, the ‘App of the Year’ & ‘Apple Design Award’ winning sketch app for iPad, has just been updated to offer all of its premium tools for free, including advanced brushes and clever color mixer, which were previously available as an in-app purchase of $5.

In an interview with the FastCompany, CEO and co-founder Georg Petschnigg said that by making Paper free, the company is hoping free tools will get more people using Paper’s social drawing platform ‘Mix’, which FiftyThree plans to offer as a subscription-based enterprise product later this year.

“For us, the mission is still clear. We want to make creativity and productivity more accessible. That will never change,” Petschnigg says. “Now our business model, that can evolve.”

“We have to give credit where credit is due. There are few places that have done this model extremely well. Certainly Apple is doing it. Microsoft with the Xbox business—the huge differentiator of Xbox is Xbox Live. It’s hardware, software, and services,” Petschnigg says. “It’s no surprise a lot of our team comes from Xbox. We certainly learned from the big guys.”

Petschnigg also revealed that their Bluetooth stylus Pencil is carrying the business right now, leading them to release a new gold version for $60 this week. While he didn’t share the exact sales figures, he did point out that Pencil is the only stylus sold in Apple stores, it’s the top-selling stylus on Amazon, and it’s the top-selling digital stylus in the U.S.

So if you haven’t already, now is the time to grab the amazing iPad app with all its premium features for free at the following App Store link.