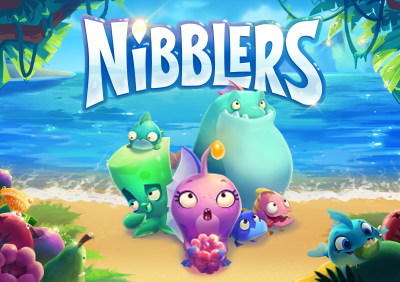 Rovio, makers of the hit Angry Birds franchise, have today released a brand new game titled ‘Nibblers’, which has been soft launched in the Canadian App Store, along with Finland, Australia and New Zealand. The company has announced that during the soft launch, it will test the game and gather feedback from the players in order to make the it “the best possible and most fun experience”.

Coral and her fishy friends have made a startling discovery: fruit is delicious. They’ve even taken to dry land to find more of the delectable treats. Help these fish out of water match the fruit and keep the sweet feast going.

All fun and games right? Woohoo! Fruit party over here! Well, the islands’ reptilian inhabitants have some thoughts of their own: fish are delicious. It’s up to you to use the Nibblers’ special powers to keep a steady supply of fruit flowing and elude those pesky lizards! Cool? Cool.