The official Xbox app for iOS and Android has just received a new update, which introduces the ability to create, share, and view activity feed content with stories and also lets users add priority tags for console gaming experiences. 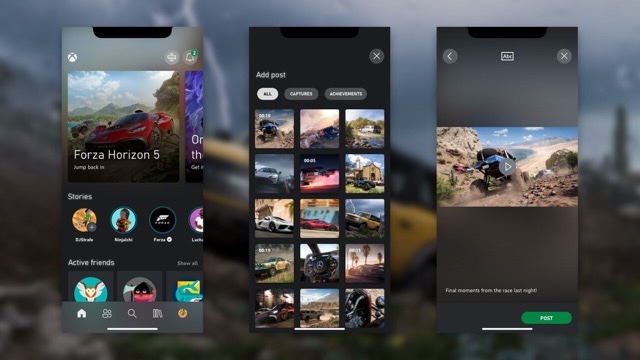 Rolling out now in Australia, the new feature lets gamers share their favourite gaming moments including game clips, screenshots, and achievements with their friends and the Xbox community. Users can also reply to their friends’ stories with a message or a quick reaction.

To create a story, click the + button on your Gamertag located within the stories channel, and then select the game clip, screenshot, or achievement that you want to post from the gallery.

The stories channel shows content from the last 72 hours, and anything you share is also posted to your activity feed on your profile.

You can learn more about QoS Tagging and advanced network settings at this link.