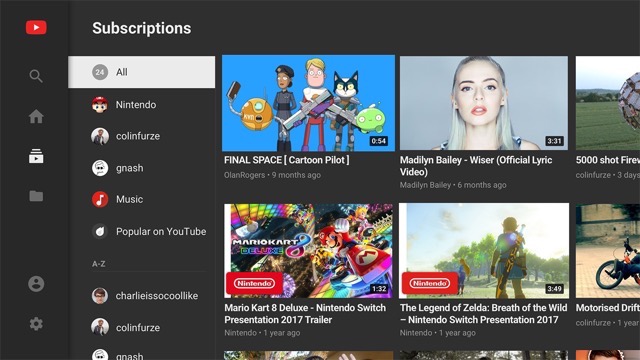 “Enjoy entertainment like music videos and shows, plus gaming live streams, how-tos and much more. Explore a world of videos with recommendations and easy access to your channel subscriptions. So grab your friends, family, and your Nintendo Switch controller, and enjoy YouTube together.”

Previously, only Hulu has been available on Nintendo Switch among the popular video streaming apps. But now, YouTube has also made it to Nintendo’s hot-selling console, 22 million units of which have been sold since launch.

“We’ve said that other services will come in due time,” said Reggie Fils-Aimé, Nintendo’s chief operations officer in a recent interview. “We want to make sure that we continue driving the install base for Nintendo Switch”.

It is believed that Nintendo’s focus on growing its gaming library for the console is the main reason it has taken so long for streaming apps to make their way to the Switch.

The Dyson V12 Detect Slim makes some significant quality of life improvements while not compromising on power. I’ve been using Dyson vacuums for the better part of three years. Across many of its previous cordless devices, I’ve been thoroughly impressed. Dyson typically delivers when it comes to power and suction. Plus, I’ve often found battery...
Steve Vegvari
46 mins ago