Microsoft To-Do app has just hit the Mac App Store and is now available as a free download (via Thurrott). Microsoft To-Do was previously only available to Mac users via the service’s web app but now, a native Mac app has finally been released. The app is compatible with macOS 10.13 or higher. 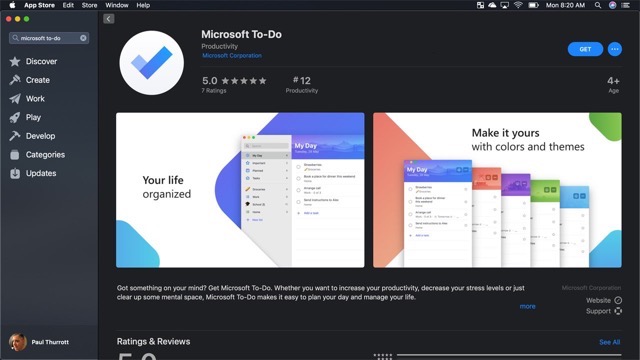 For those who aren’t familiar with Microsoft To-Do, the app helps you manage, prioritize, and complete the most important things you need to achieve every day, powered by Office 365 integration:

“Start your morning with a clean slate with My Day. To-Do’s Suggestions make it easy to prioritize your daily tasks. Keep track of deadlines by adding reminders, due dates, and notes to your to-dos. Share lists with colleagues, friends, and family. Create lists for anything you want: work, school, groceries, movies, or household tasks.”

It is not yet known whether Microsoft will make the Mac version of To-Do available as a web download or not. Till that happens, you can grab it from the Mac App Store using the following link.