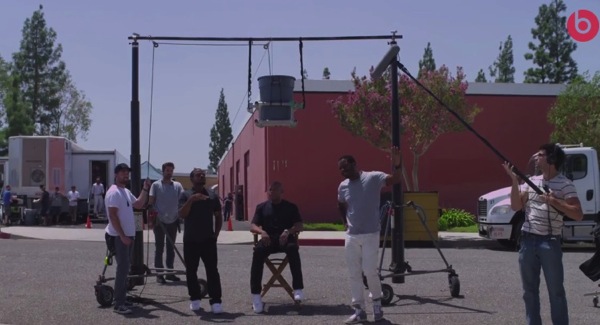 It started off with Apple executive Phil Schiller taking part in the ALS ice bucket challenge, then tagging his boss CEO Tim Cook, who followed through on his participation at an Apple staff ‘Beer Bash’ event, where he then tagged new Apple employee and Beats co-founder, Dr. Dre.

Dr. Dre uploaded his ice bucket challenge video to the Beats by Dre YouTube channel, where a complex apparatus was setup to douse him with ice cold water. The challenge took place on the set of the upcoming movie Straight Outta Compton, a biography on the rap group NWA (Dr. Dre was an original member), set to debut in the fall of 2015.

Watch below as director Gary Gray gets the honours of unleashing a garbage pail full of water and ice (an impressive amount) on Dre, who barely flinches at all: