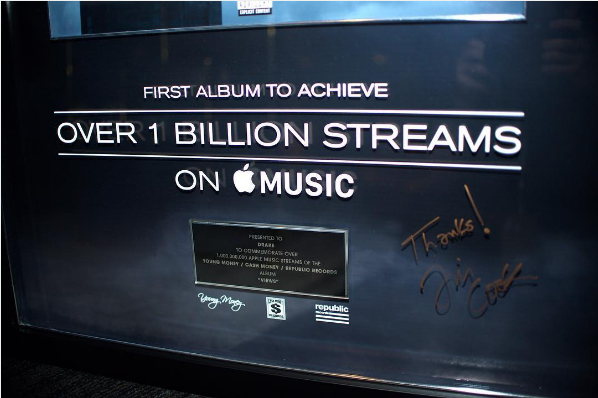 The achievement was commemorated with a plaque that was presented to the artist, who was alongside his former manager Cortez Bryant, on Monday by Apple CEO Tim Cook and SVP of Internet Software and Services Eddy Cue. Drake posted a photo of the award on his Instagram account earlier today.

The record does not only mark an achievement for the Canadian rapper, it also marked a milestone for Apple Music. BuzzFeed interviewed Apple Music executive Jimmy Iovine, who gave his thoughts on the way the streaming music service has grown over the past year.

I don’t know how to do this any other way, except to help make really good music, get it exposed, and get it handled and treated the way it deserves to be treated. That’s the only thing that we know how to do coming from where we’re coming from. You use all the tools you have to do that.

We were too ambitious in the beginning — we probably put too much into it. But we’re getting there now, one foot in front of the other, and the stuff we’re creating I don’t think anyone is gonna see coming. 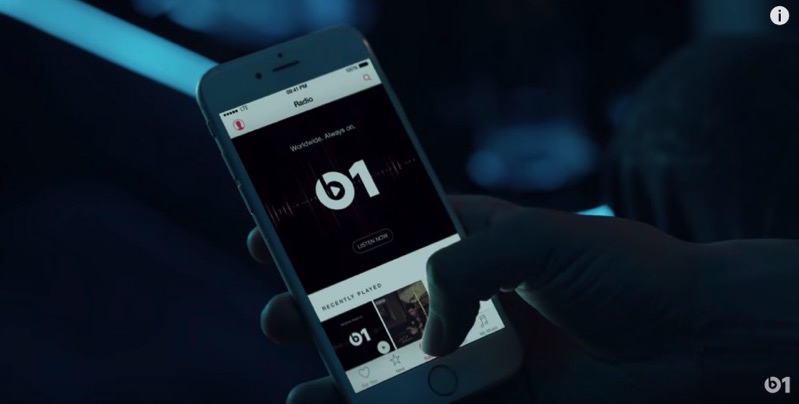 “I think Apple Music is the place that helps artists tell their stories. It’s where artists can come and feel comfortable. And that’s not just on Beats 1, it’s through the releasing of their records, it’s through our editorial, through content, all sorts of ways.”

The partnership with Apple continued on Monday when Drake released the short film “Please Forgive Me” as an Apple Music exclusive.

In a new ad for its Astro A30 headset, Logitech briefly shows a white Xbox Series X amongst other very real pieces of hardware. As Microsoft has not made any formal announcements of a white variant to its high-end console, this brief look does raise some questions. The ad and its contents were first spotted...
Steve Vegvari
8 mins ago

The NFL has announced that Apple Music is now the official partner of the Super Bowl Halftime Show. 2023's Super Bowl LVII will mark the first in which the Cupertino company replaces Pepsi in a multi-year partnership with the NFL. According to the NFL, the deal with Apple Music is focused on "bringing Apple's creativity...
Steve Vegvari
50 mins ago

Paramount Global and Corus Entertainment Inc. announced this week they will launch their free ad-supported streaming service, Pluto TV, in Canada this winter in December. The service will debut with over 100 channels at launch, featuring shows such as NCIS, Hawaii Five-0, The Love Boat, and Judge Judy, along with Movie Channels like Pluto TV […]
Gary Ng
13 hours ago