Drexel University, who introduced a vending machine that dispensed MacBooks for 24-hour student use a couple of years back, has once again partnered with the Free Library of Philadelphia and has introduced an iPad vending machine for local residents and Drexel students. The kiosk makes a dozen iPads available at one time and is located in the University’s Dana and David Dornsife Center for Neighborhood Partnerships. 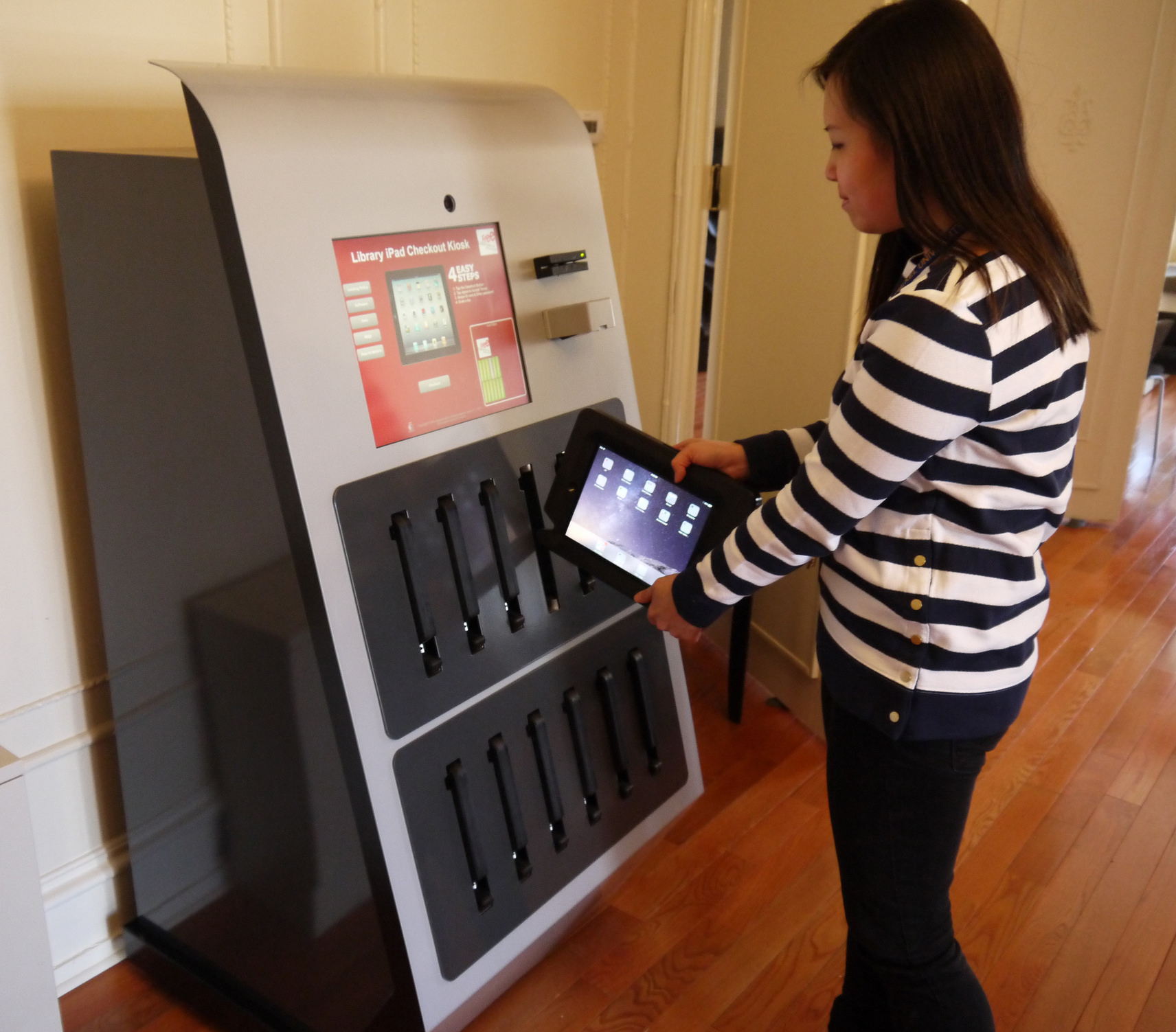 According to Drexel’s official blog, the residents of Philadelphia’s Mantua and Powelton Village neighborhoods bordering Drexel’s campus will be able to use their Free Library of Philadelphia card to sign out an iPad and use it for a maximum of four hours. Students will be able to check out an iPad by a simple swipe of their Drexel ID, without having to worry about their personal data being stored on the iPad as all information entered will be removed the moment the iPad is returned to its slot in the kiosk.

“We see this partnership as building upon the success of the Free Library of Philadelphia Hot Spots and Neighborhood Library Computer Labs that bring computer access, classes and the Internet to neighborhoods throughout Philadelphia,” said Siobhan A. Reardon, president and director of the Free Library of Philadelphia. “The apps downloaded on the iPads have been specifically chosen to support the digital literacy needs for children, teens and adults.”

The dean of Drexel Libraries Danuta A. Nitecki has said that they are exploring even more opportunities to share technology via kiosks as well as “new options for enriching the learning spaces”.