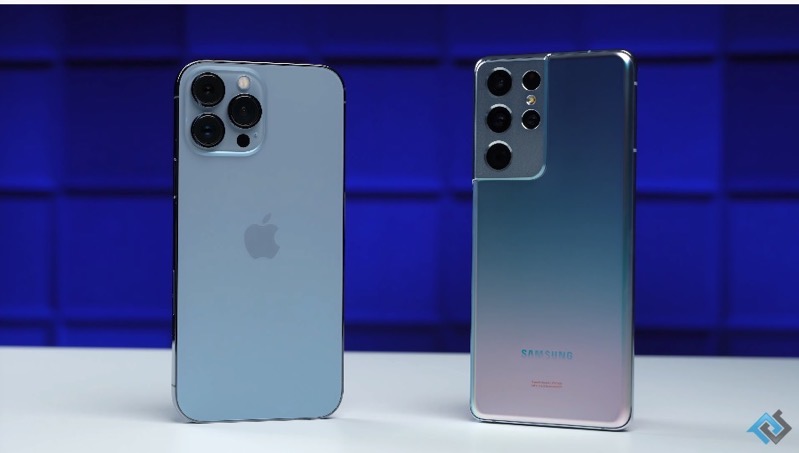 Each drop is released from a controlled arm and falls onto a concrete block from a height of 1.5 metres. After the first drop, it’s not pretty as the back glass smashes on the iPhone 13 Pro Max and the Galaxy S21 Ultra.

In the corner drop test, both phones handled the drop fine, the iPhone 13 Pro Max fared better than the Galaxy S21 Ultra, unlike the back drop.

For the face drop, both phones see their front glass shattered. The iPhone 13 Pro Max and its Ceramic Shield cracked, unlike last year’s iPhone 12 Pro Max. Both phones were still fully functional at this point.

In the bonus round, each phone is dropped right onto steel until they cease to function. After all ten bonus drops, the iPhone 13 Pro Max does not look good, as the back shattered glass is falling off in chunks. But the iPhone still functions.

Ultimately, the Galaxy S21 Ultra fares better in the end, according to PhoneBuff, citing how it looked less beat up overall, after all the drop test rounds.

While using a naked iPhone feels great in the hand, one accidental drop and your precious phone could be a goner, especially if you don’t have AppleCare+. Check out iPhone 13 cases from Spigen on Amazon if you’re looking for decent and affordable options.