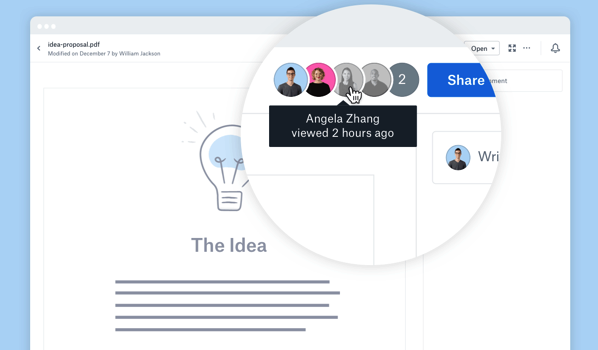 Offering storage to users is not enough in a market where every major technology company – Apple, Google, Microsoft and so on – is offering it to customers, so Dropbox is seeking to reinvent its file-sharing service and business model by going after clients with deep pockets.

It’s doing that with a new service unveiled today that brings a more powerful Dropbox experience; or at least this is what the company promises. It has also introduced a new viewer info feature allowing users to see who on their team has viewed the shared files and when. This feature has been around for some while in other co-working apps, however. 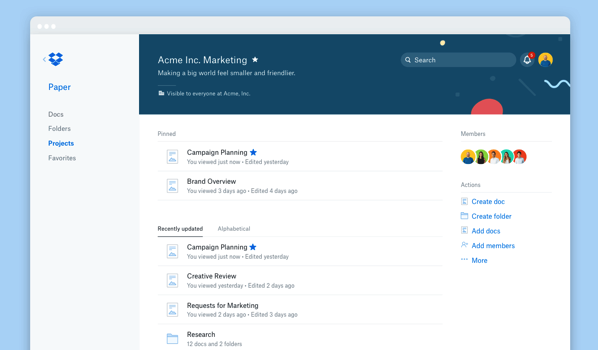 For Dropbox Paper users, the company promises a much better experience, enabling collaboration across the globe in more than 200 countries. The service is now available in 21 languages, and a future update of the Paper app for iOS (and Android) will soon enable offline access.

Project Infinite was rebranded as Dropbox Smart Sync and allows users to access all their files and folders right from their desktop, eliminating the need to launch a Web browser. With Smart Sync, all your files and folders can be viewed in Windows File Explorer, or in Finder in macOS, even if they aren’t stored locally, the press release reads. You double-click them, and you should be able to work on the files.

Smart Sync is available today for all Dropbox Business teams through an early access program, and Dropbox says it is exploring ways to bring it to individual users in the future. You can check out Smart Sync’s features in this promo video.

Dropbox has raised more than $600 million from investors, and some Reuters’ sources say the company’s could seek an IPO as soon as this year. Dropbox’s annual revenue is between $750 million to $800 million, sources told Reuters.

Apple on Tuesday announced Apple Music Sing, a new karaoke feature coming to iPhone, iPad and Apple TV 4K. Apple Music Sing will let customers sing along to their favourite songs with real-time lyrics, while being able to adjust vocals for multiple lyric roles such as lead, perform duets, sing backup, and more. The feature […]
Gary Ng
47 mins ago