Dropbox has introduced Project Infinite, a technology that aims to solve the limited storage problem of your computer. But before you jump on Dropbox’s site to check out the pricing, here is something you should know: It is not available yet but has been deployed with a select number of sponsor customers.

The announcement was made today at Dropbox Open London, and it appears to be the company’s reaction to allegations that it cannot innovate, as the press release says new product announcements are coming this year as a result of an increased pace of innovation. 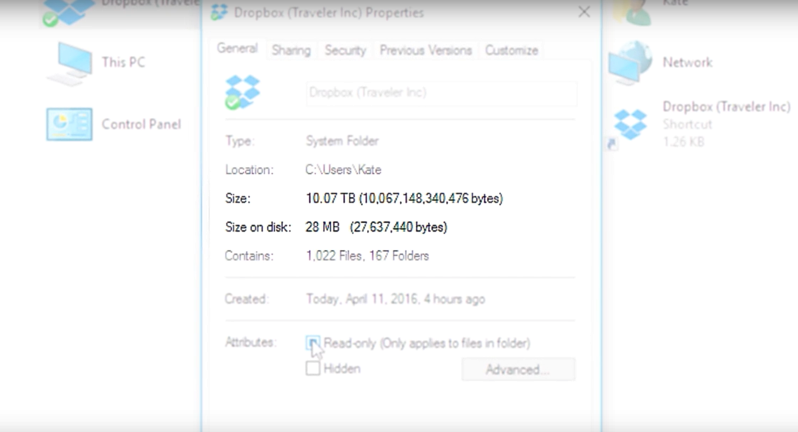 What Project Infinite does is to grant access to users to terabytes of company data: It can access everything (it was given access to) in the company’s Dropbox, no matter if it was stored locally or in the cloud, as the files will show up in Dropbox on the user’s desktop (Windows/Mac). The demo video shows a user getting access to 10 TB of data, whereas on the computer this all takes only a few megabytes because everything is stored in the cloud.

Dropbox has also introduced a new icon to help users visually differentiate the files: What is synced locally will show the familiar green checkmark, and everything else will have a new cloud icon.

As the announcement highlights, Project Infinite aims to provide instant access to files without the lag of a network drive or the inconvenience of a Web app; real-time access: A double-click on the file will automatically sync and open it.

Project Infinite supports cross-platform access and backwards compatibility on any computer running Windows 7 or higher, or Mac OS X 10.9 and up.