Dropbox has analysed its usage data for 2015 to find out how much people are using its services, and has shared some interesting observations about how people worked, country by country, week by week, over the past year. Dropbox says that it analyzed anonymized usage activity from Dropbox users across the world between December 2014 and November 2015 to determine how many hours, on average, individual users used Dropbox each week. 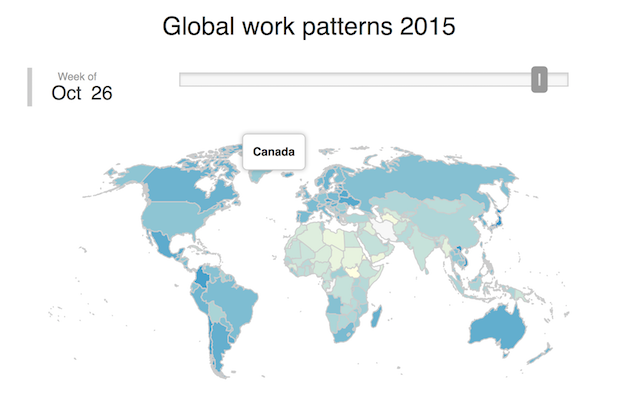 Below are the top ten observations about how people worked and used Dropbox during 2015:

How often do you use Dropbox for work?