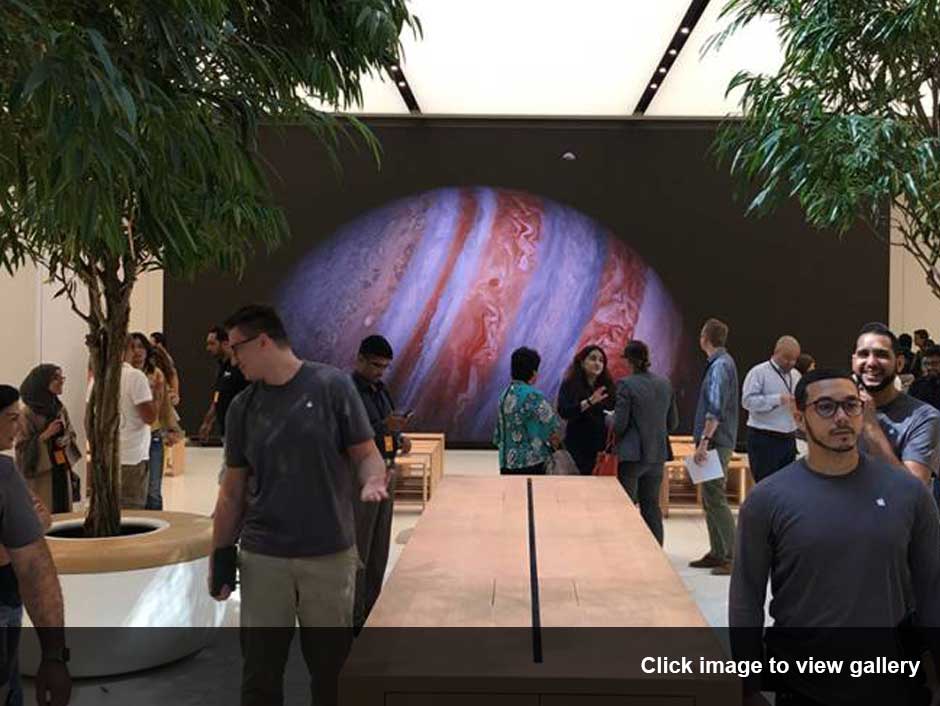 Journalists and media across the UAE were today given a preview of Apple’s first retail store in the Middle East, which is scheduled to open its doors to general public at Dubai’s Mall of the Emirates on Thursday, Gulf News reports.

The Apple Store has iconic features many people will instantly recognise, such as oak tables and colourful displays, in addition to some new features. Green is the colour of choice at the store, with trees brought in from the Netherlands as well as a dedicated ‘green wall’.

“It has plenty of leather seating and is lit with natural light. It also includes a giant video wall next to a relaxing area with tables and trees. UAE journalists got a chance to check out the line of iMac and Apple Watches with line of its wrist bands getting its own display besides Beats headphones”.

Apple’s head of retail for Europe and Middle East addressed the media at the store’s opening. Check out the following video clip showing an overview of the expansive new Apple Store in Dubai, shared by Gulf Business: