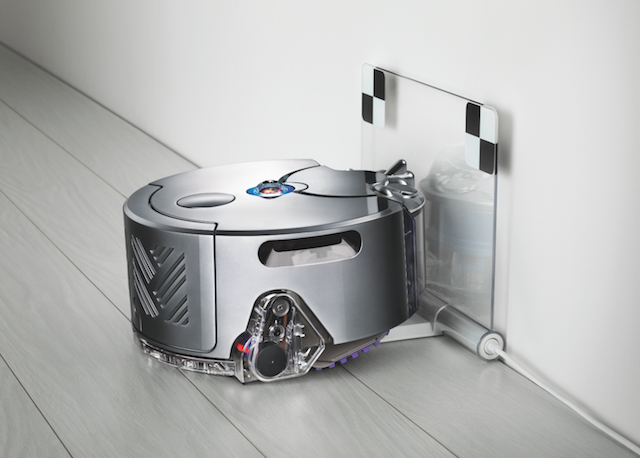 Dyson has today unveiled the ‘360 Eye’, an all new vacuum cleaner with a built-in robotic eye that lets it see its environment and map out exactly where it has been and where it hasn’t for optimal cleaning. According to TechCrunch, the product includes the company’s patented cyclone technology and also packs a V2 Dyson digital motor.

“The robotic eye is new to this model, however, and accounts for its automated intelligence. It presents a 360-degree live image of its surrounding to the 360 Eye’s computer brain, telling it where to go next, and building a constantly updated model of the cleaning environment in tandem with infrared sensors.”

Dyson’s robot vacuum is also smart enough to find its own dock and charge when its power gets low, and can run for between 20 and 30 minutes on a full charge with no degradation in suction power over time. The robot vision work for the device is a result of Dyson’s ongoing partnership with Imperial College London. The company says it has conducted analysis on 1.5 billion images during the device’s testing, and has analyzed the 360 Eye’s suspension and tracks across 342,000 bump strips and 670 miles to test for durability.

Dyson 360 Eye weighs in at just over 5 lbs, and has an 0.4 liter bin capacity, Best of all, owners will be able to control their robot via a new app for iOS which handles screening even via remote connection. The vacuum is going to ship in Japan first in spring 2015.