Apple has surpassed ZTE as well as Xiaomi Corp. to take the fifth place in China’s smartphone market in the third quarter, thanks to an early release of its latest iPhone models in the region. Apple decided to include the largest Asian nation in the latest iPhone’s global debut, which led to a 32% year-on-year rise in iPhone shipments, grabbing 6% of the country’s smartphone market in the quarter ending September (via Bloomberg). 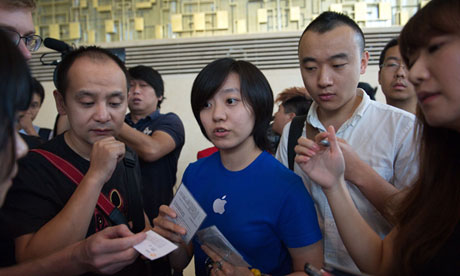 The China research director for Canalys Nicole Peng said in an interview today that Cupertino, California-based Apple now ranks 5th, with a 6% market share in the third quarter. Meanwhile, Apple’s biggest rival Samsung widened its lead, with a 21% share of the world’s largest smartphone market. It must be noted however that the market data reflects only a little more than a week of sales of the new iPhones during Q3, as the devices went on sale Sept. 20.

“In the third quarter, Apple was able to move up in China helped by the fact that the market was part of the first wave of the new iPhone launch,” Peng said. “The impact was pretty big, and that helped them to gain market share and move up in the rankings. For Apple, to continue to move up from here is going to be quite challenging.”

Lenovo kept its second place with an unchanged market share of 13 %, followed by China Wireless Technologies (11%) and Huawei (9%).